Thanks. You get hits when people tell their friends to check you out, and I thank you for that.

When you get hits, you get letters and everyone has given me nice letters and this one was an interesting one, and since I’m brushing up on my Farsi so that I can help the cause, I figured today would be a good day to show you a letter that I got about my pages about Jerry Falwell and Pat Robertson preaching that lesbians and others were to blame for the terrorist acts, and my response. 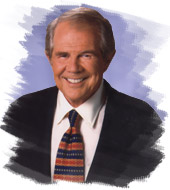 Subject: Re: your site

NO WAY representative of Christianity as a whole. Both of them are

intolerant reactionary assholes and true Christians scoff at their

deplorable attitudes towards just about everything. Of course they have a

small following, but so did Ross Perot, and who the hell takes *that* guy

Feel free to disregard all of their bullshit. 99% of the Christians I know do just that.

I agree with you wholeheartedly, except for the fact that they have a “small” following. Those two guys are two of the biggest Christian ministers of all time. They own a broadcasting network that spreads around the world.

Their political strength in this country is so mighty that they can say things like what I put on my page and they are not denounced by big-time Republicans or even other Christians.

I, too, am a Christian minister and I am outraged that they are allowed to spew such hateful non-Christian vitriol unchecked.

But the main reason that I have it on the front page on my page is to point out that we have some influencial religous zealots in America who preach more about politics and power than they do about spiritual matters from the Bible. And although it might not be as dangerous as others who would hijack planes on suicide missions because their religious leader instructed them to, it is nevertheless dangerous and needs to be outed.

I truly thank you for your letter.