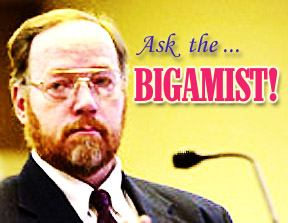 but i had a really fun night on friday even though my back hurt like a bitch, even though i could barely walk. had some really great food, drugs, booze, company, surprise guests. kissed this girl goodnite and she just laid back in her seat and later i was thinking did that mean she wanted me to invite her in? my esp is no good with her. still, i floated to sleep cuz the lord continues to bless my skinny ass.

so saturday i made a look back at summer. i should have cropped out the pink border from my web browser after i did the screen shots, but i didnt know what i was going to do with those little pictures and it sorta tells a story in it’s own. i mean look at those pictures and you’ll see a bunch of pictures and stories about ashley and when she first came to my apartment she changed my computer so that theres pink everywhere and ive never bothered to change it back. but it symbolizes the truth, which is that some girls are hard to shake off. life could be worse.

anyway, Spin used to be my favorite magazine, and during its peak it used to have this column called “Dear Elvis” where people would ask the King advice and it was so good that I always wanted to do something along those lines. While finding pictures of Tom Green, the bigamist, not Drew’s hubby, i ran across tons of web sites that either vehemently defend him or bitterly denounce him. Oddly those who defended him were Muslim sites from outside the U.S. while those against him were generally Mormons from Utah who wanted to make it clear that Bigamy has not been part of their religion since the 19th century.

It seemed to me that what got Green in hot water, and eventually in jail, was not that he married too often, but that his last wife was only 14 and he knocked her up, and that he was trying to get Welfare benefits for his shenanigans. As for the Mormons, it seems to me that it’s one thing to make your own Bible, but not even the Kings James Bible ever renounces Bigamy. Sure, the stories of Solomon’s 1,000 wives are not so idyllic when you realize that his downfall was similar to Green’s (trying to get busy with a teen girl before he properly married her), but never did the Good Book ever say that you couldn’t commit to more than one woman. The Lord implies that we can barely get it right with one person, but if you wanna give it a shot, go for it. Just remember, you can’t get a divorce. So why the Mormons would reject that dare is beyond me. Seems like the only thing they ever did right was bring that lifestyle to the States. And, of course, provide Jim McMahon with an exciting collegiate career.