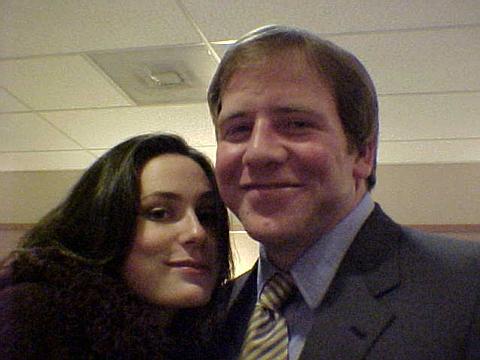 Who knew?! Dan, happy 29th. Hope it was better than your girl said it was. Hope you got more than smokes and a pat on the back.

Dan and I bunked together on Haight Street back in the day and got involved in some bizarre situations that are so twisted that I will never discuss them on these pages, and if you see that I do, you’ll know that i have run out of material.

I will say this though, one night we had a party at our pad. There was beer, drugs, a live band, tons of women, and some guy dragged in a tank of nitrous. I went into Dan’s room and there were three girls taking off their shirts and comparing their goods in a very loving manner. I was stunned so I apologized for interrupting. Strangely they said, “no no no Tony, stay, join us, even.”

After a while I told the girls that I would go down and get them some more ballons of nitrous but really I wanted to see if any of my roommates were interested in joining in the fun. Who was I to be greedy? There was Dan leaning up against the wall and I told him that there were three hot babes in his room who needed his attention. For some reason he didnt understand me and never went in there. I came back to his room with the balloons and had to entertain the women alone. Oh well.

Dan and I had many intellectual conversations about religion, brit pop, politics and sports and was a fine roommate and a good friend. He ended up with the best room in the house even though he decorated it with only a surfboard which he leaned up against a closet. Still the chicks were all into him, and he landed himself quite a keeper in Sara. Read her tribute to the old lug and fill his box with love.

do you like rice? i like rice. i cook rice all the time. i was cooking rice last night as my friend was over. then two friends knocked on the door. one i hadnt seen in a really long time. like more than 10 years ago.

“are you still working for the FBI?” he asked.

the other two friends looked at me.

“oh that was just a temp assignment way back then. i delivered donuts to them early in the morning.” we had all gone to college in isla vista, which was technically goleta, goleta was home to raytheon, one of the big defense contractors. one summer i delivered donuts that were made on campus to a lot of the businesses around santa barbara, one of companies was raytheon. some people assume that thats when i started working for the bureau.

but everyone knows i was just delivering donuts.

he said, oh thats right, then you worked for Philips – are you still with them?

and i said no. then i went through the list. it was weird. i talked about how i had worked for them for 5 years, then the start-up, then they got bought by Microsoft so i worked for them, then i went into business for myself. then i sold hot dogs, then i read the verse in the new testament where jesus told the rich prince to sell all his shit and follow Him, so i sold a lot of my shit and moved to LA. then i worked for the other start-up then a year later i was making more money than i ever made ever and i had more fun than i had had in a long time. then it all came crashing down cuz of the stock market. and now i work at the tv network.

it was strange talking about it because i always think of myself as such a big failure but telling the story as i was stirring my rice i didnt feel like such a big failure. it’s like sometimes you need to step back a little and really see where you’re at. it made me think that i had been painting this huge canvas and my nose was so stuck in one corner of it and all i could see was the green splotches and i wasnt taking into consideration that it was connected to something. that it was there to compliment the blue splotches over there and the sum of it was who i was, but not even. the next canvas was who i was, but only for a brief time. and then the next.

then they asked me if i was still with jeanine. i said no, but i see her a lot. and that made me feel good. then chris called. then greg came over. then ashley called. then os.

before i knew it everyone was gone and i had some cold rice and half eaten chicken. there were cigarrette butts in the ashtray and a dozen emptied beer bottles and it was ten pm and i had successfully taped “Survivor” and i watched it and felt ok about everything. a feeling i hadnt had in a while.

then my bart simpson phone rang.

his eyes turn red when it rings.

i got that phone because thats what i do when my boss calls me.

who’s the only person who has the number of that phone.

then i got bummed again.

and as i talked on that phone i put my rice into the microwave, i put some plastic wrap over the bowl and hit Quick Start three times and searched around the fridge for just one more bottle of beer. i thought to myself, please let there be one in there.