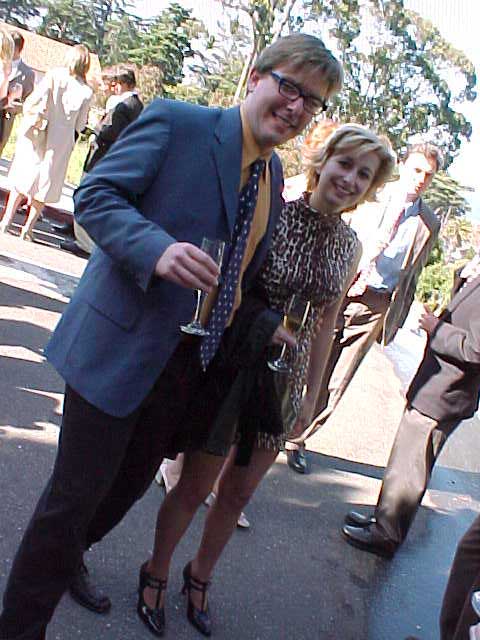 i first met emmanuelle nearly five years ago at her wedding to matt welch. i think that was the first time, my memory is horrible.

matt and emmanuelle got married in the home of milky white cows called joncey, france.

then we went to the mayor’s house to party.

the story, as i remember it, is that emmanuelle’s family were the leaders of this central france small town for years and years. then in the late 30s or early 40s they were voted out. then hitler marched through france and came to joncey and said, “where are your leaders?” and they pointed to the people who were the leaders and hitler took them to a barn and hung them.

once WWII was over the french voted emmanuelle’s family back into office and not only has joncey never been happier, but some might say the world has never been better. coindidence?

one of the coolest memories that i will ever have in joncey was listening to matt and ken and os sing up on a hill in the dark in the wee hours that summer night as the reception was dying down. a wedding due to the fact that emmanuelle reeled in that romanticly drunken hippy whiteboy from the lbc.

emmaunelle is an awesome person, shes french, but not one of those terrible french people we read about. when she speaks english it’s sweet, it’s cute. it makes you think that all the french should speak english cuz it sounds good like that.

emannuelle has a great fashion sense all her own and makes it seem so easy.

shes a fabulous journalist, and brings home the bacon en francaise or in english, just like she does on her killer blog.

but best of all she has kept our good pal matt healthy, happy, and still singing sweet songs.