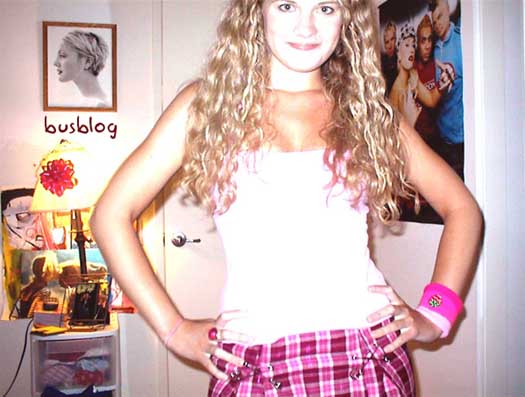 Poor Tony has been afflicted with some horrid disease that won’t allow him to update his blog. He asked me to fill in for the day + since I know neglecting his beloved blog will only draw out his sickness, I agreed even though I’m sure noone really has the need to hear from me. But I guess that just shows how much I love him 😉

Tony + I agree that it’s important for everyone to know the latest news on the people I dig.

Drew Barrymore is currently dating Fabrizio Moretti, the drummer from The Strokes. They seem superhappy, which is great b/c after the whole 2nd marriage ending in divorce, she definitely needs some sunshine. The twosome traveled to Brazil together for the World Cup where they had an awesome time together. Drew finished 2 films which are going to be released next year – Confessions of a Dangerous Mind + The Duplex. Now she’s gearing up for filming of Charlie’s Angels 2. She was most recently spotted at Amoeba Records in Hollywood. Which makes me want to claw my eyes out since it is right down the street from Tony’s house + he and I very recently drove by it. Could this picture have been taken as we unknowingly drove by on Sunset? We’ll never know 😛

No Doubt’s new single “Underneath It All” is doing well + getting loads of airtime. It is my personal favorite song from Rock Steady. I know you were all dying to know that. The video world premiered on Thursday + it completely rules. If you’re interested in seeing some crappy stills from it, then check out this site a nice nodoubt.com forum member set up.

Tony will kill me for even mentioning them, but Incubus announced their fall tour recently. Much to my glee, they will be in Irvine on Halloween. This time I will absolutely meet the band + make Brandon Boyd fall madly in love with me. You heard it here first.

As for me, I’ve been spending time with a boy named Matthew who is super cool + weird + beyond cute. We’re “just friends”. But it’s a good thing we’ve got going. I think I may be his only good friend right now, quite an honor! I’ve also put my 2 weeks in at the suckfest of a store I’d been working at for 4 months. I’m going to be going back to my roots, working at the company I was at in Vegas.

Speaking of Vegas … I’ll be going home on Aug. 1 for a little stay. I miss it there, I have to admit. Totally looking forward to enjoying the warm summer nights. We have a severe shortage of those out here.

Well hopefully this is enough for Tony. Maybe I should add a paragraph all about how great he is to help in the healing process.

10 Reasons Why I Love Tony:

04. he calls me all the time even though he hates the phone

05. he makes me feel super special, even though he knows so many pretty cool girls

08. he holds me all night while we sleep