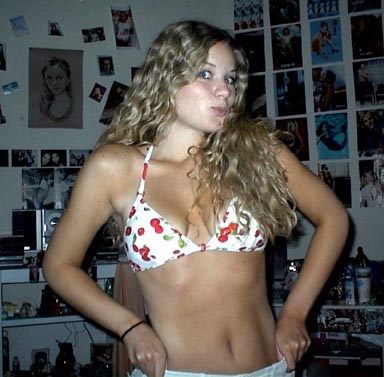 is that it kills when they leave you.

ashley came over last night cuz i wasn’t answering her calls or her emails and when she called me at the xbi the operator wouldn’t let her through until she remembered that i didn’t really work there.

“there is no tony pierce that works here,” the operator said.

“i know he works there, oh, sorry Sonny I. LaVista, this is so stupid, may i speak to Agent LaVista then. aaaahhhh!” ashley sighed. she thinks its all a game.

me and ashley had very few fights during our year and a half together. if we did they got settled pretty fast. the key to fighting with me if you’re a chick is to hold my hand and take me to the bed room and hold me and make me whisper. otherwise it will be nuclear war. and lord help you if you try to fight with me via email. you’ve never seen such writing.

so ashley got in her new car, took the 405 at 5pm, over to the 710, over to the 101, exited at the secret offramp and made it up to my bachelor pad in the griffith park hills right as the pizza guy was leaving. she had on a super short miniskirt, ponytails and a bellyshirt. he said, “are you coming to see tony?” she said yeah. he said, “shit, can i join you guys?” she said the right thing, which was, enjoy the fat tip im sure he gave you. and knocked on my door.

after a few minutes we were cuddling on my couch watching my favorite show, hbo’s behind the scenes look at the despised dallas cowboys in training camp, a few minutes after that we were doing things they don’t show on hbo, and an hour after that she was saying that all of that was a mistake, and that’s when i knew it was really over between us.

it had been too much of me pushing her away and being cold on the phone and distant and semi-rude. i was always sweet whenever we would be together but it was hard for me to open up every night on the phone because i didn’t want to lead her on and i wanted her to be open to other guys and now that she found a vegas boy who paid attention to her, i suppose she felt confident enough to get rid of me, her backup boy.

“i just don’t feel the same,” she told me. “i love you, but i don’t looooooooove you anymore.”

in 108 years of rock n roll, ive heard that one before. perhaps you have heard it too. i oughtta make a fucking tshirt.

i know im not the easiest person to be with. it’s all fun and games at the beginning, but i can be confusing. i don’t try to be. sometimes i get scared. and for the most part ashley did just what babes should do, just kiss me and say, “i know tony is really in there, im gonna rub your lamp and wait for the genie to come out. oh, i see something is stirring, not sure if that’s a genie or not.”

probably the thing that did me in was her relationship with her first boyfriend ever. shes so idealistic about it. they both love the same music and a lot of the same ideals and when i was twenty i thought that it was those sorts of extraneous similarities that make a relationship work, but now i know it’s super basic generalities like: are you into me, do you want me, can you talk to me, do you trust me, do you want this to work out?

if both people are like, hell yeah, to all of those, All of them, then it doesn’t matter if shes into rock and you’re into rachmaninoff, the differences will be good things and you’ll make beautiful music together.

of those things i think the two most important are trust and communication. 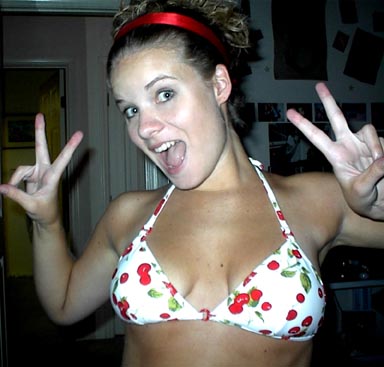 trust, not like, “is this person gonna bang the next ho who says he’s cute,” but trust meaning, “i don’t really understand that theory, but i’ll go with it, cuz he seems to believe in it.”

often i think that relationships are like spelunking in a super dark jaggedy cave filled with sleeping monsters. do you want to get out of there? do you want to enjoy the journey? are you into talking each other through it? do you trust that the other person knows what the hell they’re saying when they say “50 feet ahead is a hole, when you feel the slime jump as far as you can in the dark to the right”? and are you sure you want to be doing this with me?

i totally enjoyed jumping through he murky darkness after the slime in the dark with the daisy girl from another world.

a few weeks after breaking up with chris i took a flight to vegas to meet ashley for the first time and i was scared to death that the nineteen year old glittergirl would not at all be into me. i can be somewhat entertaining on paper, or in a chat, and sometimes on the phone, but in real life i don’t have any cue cards, writing staff, or delete button to help my shit out, it’s just me.

she was a blonde glow. a poof of hair and smile and cuteness and girlieness for days. it was ten pm when i picked her up at her daddy’s house and she was as bright as the sun running out of that mansion and into my rental car. i shoulda brought my sunglasses.

weezer’s “dope nose” came on as we left the second security checkpoint of her gated community and headed towards the dairy queen and normally i don’t eat very much, but i remember not eating hardly anything because ashley looked so much better in person than in her pictures, which was shocking since she had given me hundreds of pictures during the four months that we had been chatting.

am i happy that shes moving on with her life?

do i secretly hope that she will figure out that you can love someone and not looooooooove them and be able to come over some dark and stormy night and molest them in their sleep with the christmas lights flashing and the boom box blasting and the books falling off the shelves?

what do you think?

did i cry last night? did i ask her nice to spend the night with me, no monkey business, even though it meant that she would have to wake up at 6am to make it back to the orange curtain to get to her new job? was she sweet enough to say yes even though she hates waking up any time before 2pm?

am i still the luckiest man in the world?

well for the answer to that question, and many more, i guess you’ll have to stay tuned.