which is ironic because now my hair is shorter than theirs.

the marines aren’t really the bosses of the xbi, but they have a lot of influence because somehow they are considered the voice of reason in our opera of castaways.

my argument has always been that if the marines knew what they were talking about they’d be fbi not xbi, but since i didn’t come from the ranks of the military, or the cops, and because i was a college boy, and a poetry major at that, pretty much nobody listens to me in these matters.

so when they saw me stroll in with a shaved head, they began their whispering and i was invited into the glass meeting room in the center of the building.

any special reason for the change?

what inspired all of this?

well ive been thinking about dying it red for the longest time but i figured just shaving it would be way easier.

yeah, but i figured it would be hard to be undercover with bright red hair.

none of these answers sat well with them. so you know what they did? they grounded me.

which meant they grounded Chopper One.

funny thing about the top secret underground movements of the xbi, nothing is so very secret. later last night there was an old fashioned car chase.

where do you think this guy ran around in?

home of Chopper One?

they don’t call it organized crime for nothing. but here’s how they do things with the local cops. they get one guy, typically an illegal who is due to go back to whatever country he’s from. they put him in a car and let him get chased by the cops. then they get a bunch of cops and helicopters to follow him.

then they do some gnarly ass shit on the other side of town.

car chase in hollywood, some nasty shit is probably going down in long beach. but normally you don’t see car chases in hollywood because chopper one would pounce on the illegal, smash his car and then jet over to the LBC before the networks even get their birds in the air.

i was bummed out yesterday because there was a major disturbance in the balance of power, all due to my stupid hair cut.

needless to say this morning we were given some information about goings on in riverside last night at the exact same time as the car chase in west hollywood.

so guess who’s back from being grounded? 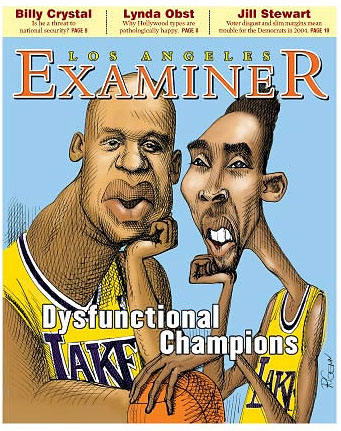 if the new york times was better

and surrounded by palm trees