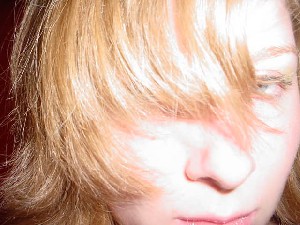 I used to glance over it once in a while when somebody said something special, but I never knew exactly what the mass appeal was.

Well now I do.

i got a phonecall from raymi today.

i was about to write Joh3n and thank him for flowing the busblog, and notifying him that i would link his name above anna starting tonight.

nobody had flowed all week, and i was happy to see that the little promotion had done its job.

and then the phone rang.

my phone rings a lot but this was a name that i had recognized, united airlines skyfone.

i told her it would be my absolute pleasure.

she told me she was an actress and an author. she said that my voice sounded different than how she expected.

i said how did you expect it?

and then she talked a little more. she told me many dramas around her life. some made me sad. she reminded me of courtney love.

her voice was raspy and she said it was because of the drama, but it sounded good like that. keep it.

she said she was flying to maui because some of the best karoake places are in hawaii and she takes that shit serious.

then she told me that she edited blook!

all i gotta say is this, if raymi will edit blook two, i will make blook two.

got back to the computer and saw that Steve had flowed as well.