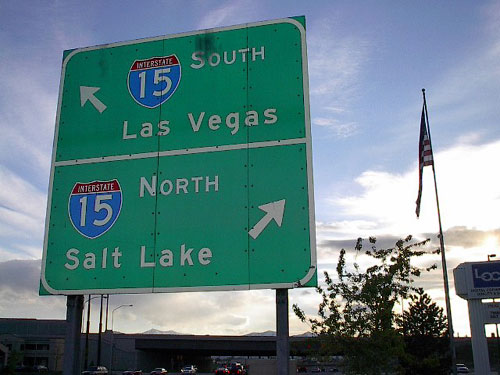 quarter beer night, three for one lapdances, phish food ben and jerrys, bank error in my favor, clean sheets and dirty girls, pringles salt and vinegar, all my fantasy baseball teams, all the people who say nice things about me, cold beer from a keg in isla vista, oriental rugs, white chocolate, the invention of the cd burner, white garters, my green thumb, christina aguelirea, dusty baker, diet dr. pepper (thanks, laurita), super balls, truth or dare, stolen lighters, frosting, seeing how fast cars can go, cheerleaders, ultra violet, sexual tension, violets, cold grape jelly, passing out while kissing, not guilty by reason of insanity, retsin, monocles, nighties, recessed lighting, mood rings, cashiers who can be convinced to mark down one box of something that costs thirty bucks down to fifteen bucks because its supposed to be buy one get one free and theres no more left except that one box, paris hilton, and the fact that im about to get a motherboard and 2.2 ghz processor for less than ninety nine bucks, to name a few.

raspil at bluecad has an eyeopening look at salt lake city, her town.

i read blogs all the time, and so very often i read people say that they have nothing to say. if you really have run out of ways to talk about sex drugs rock then start telling us about your town.

i live in east hollywood. little armenia. south of thai town. the jacarandas are blooming right now. green happy trees that turn purple in the spring. its been cold lately. electric blanket weather still. sux. this girl sent me a picture of right below her neck to right above her belly botton. thanks nice person.

ive never been offended by an odor until today.

it made me want to open a showerhouse for the homeless and free laundramat.

if youre going to have homeless, they dont really need to reek. lets get it together.

if you make a photo essay about your town, tell me in the comments here.

vera wang doesnt have shit on me.

yesterday two smart people were talking about me, apparently. how fucked up is that?

i wasnt trying to “out” jason for not using Blogger, since he pretty much outs himself by linking MT himself under “Tools” (meanwhile Blogger Pro is mysteriously missing.)

anyhow, according to his post he and metafilter mastermind matt haughey were comparing me to everything that was ever posted on GeoCities.

although now i cant remember even one good thing ive ever seen on GeoCities, minus some PS-1 game cheats, Directv hack ideas, and secret photos from my girl flagrant.

anyway, here is what i wish their conversation had been

jason: pierce is the shit.

jason: we found a gold mine, we’re thinking about giving it to him so he would work for us.

matt: fuck that shit homey, we found two gold mines and we have the offer in legal right now.

jason: dont lie, he doesnt even post on metafilter any more.

matt: he does, different user name.

matt: its on the dl, brah, if you read close, you could see.

jason: we’re gonna get him a car, and paint it so it says google on one side and blogger on the other side, and pay him to drive around and write.

matt: we’re going to get him a hummer.

jason: we already sent christina aguelera over to give him that.

matt: no, asswipe, a truck. we’re going to give him a hummer and have it say metafilter all over it and pay him to do a blog about all the things he learned each day from metafilter.

jason: we’re going to give him a motorhome.

matt: we’re going to give him a motorhome and a driver.

jason: we’re going to give him a motorhome and a home in the east village.

matt: where will he park it?

matt: we’re going to let him take over sportsfilter.

jason: the motorhome chauffer will be a retired doctor who will give the girls check ups right there on the road before tony even meets them.

matt: once again, my friend, you have sunk my battleship.

christina aguelera knocked on my door and told me she’d do me if i spelled her name right in my blog.

my heart hasnt been so happy with me lately.

it’s been all, dude, i can turn on you over night. youre not a young pup anymore. i can make you pee at all hours of the night. i can fall asleep on you when you need me the most. like nine inch nails, i can make you hurt.

i was all, quit giving me the middle finger every morning and maybe i’ll be better to you.

my minds been giving me the middle finger a lot lately too.

my hair’s falling out. my guts sticking out. my teeth are eroding. my souls exploding.

only thing doing what its supposed to are my knees, which are there for me every night as i pray for that one special girl to not care so much how i spell her name.

cubs lost yesterday lakers lost yesterday guy at work told me that some guy at the chicago tribune told all the cubs fans that yeah theyre still in first place but heres a list of reasons why they wont be there in october.

and i asked the guy if the guy put Because the Tribune Owns Them on the top of the list?

and the guy said no.

waiting for the train this morning i paced around thinking about charles bukowski. my hero. i was thinking about how he lived about a mile away from that subway station about 50 years ago, broke, drunk, ugly, lonely. i thought about how he would type and type and never bitch. just tell the facts.

i thought about how he would work when he had to and he would drink. how he would see a woman who didnt look too repulsive whose run up her stocking took an interesting turn, and how he’d hook up with her. how he never bothered with counting how many he’d had, or feeling guilty about the number. how he never worried about his age, how many moons he saw, how his hairline was.

i thought about how he knew he was the fucking shit on the typewriter and how his poems stood out like a sore thumb in the twentieth century and still all the lady men raked in all the fame fortune fun.

the facts are last night i didnt get any, though i could have. i didnt get some although minds would have been blown.

none was got, none was done, i was alone, but i wasnt alone.

chatted with a law student girl far away who said the nicest things to me.