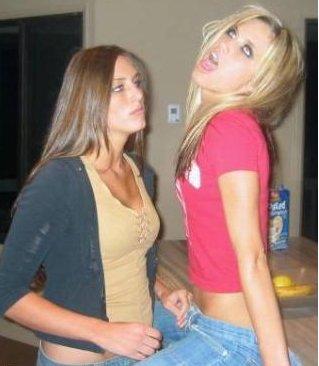 anyway, my response to both of them was, come on over, let me comfort you.

and both of them, naturally, declined my generous offer.

she said she didn’t want to come over and play that game.

i said its cuz you know that you’d lose.

then the lesbian lover called not soon after. she said that she really wanted to be with a man since itd been so long.

i told her that until she found the man that she was looking for i would try to pretend to be one.

she let me know that i was indeed the type of man that she was looking for, but she wasn’t interested at that time, she just had read yesterdays entry where i disclosed that my computer was full of viruses and i could come over to her penthouse and use her computer if i wanted.

i said, i already blogged that night, that i didn’t need a computer, but i did need someone to drink with.

she said, its always about drinking with you, isnt it.

this is the glamorous life of a blogger, friends.

i said, no it isnt always about drinking, its mostly about watching sports. to which she asked me questions about love. about how she should go about finding real love this time. and i said if i knew those answers i wouldn’t be sitting around on a sunday night totally turned on and frustrated about to crack open another bottle of bacardi as my tivo paused the Survivor finale.

she asked me if my house was clean. i said yes.

she asked me if i loved her. i told her that i loved her perfect body and her brilliant mind.

she asked me if i would do things to her that her girlfriend wouldn’t do.

i told her that i would only do to her things that her girlfriend wouldn’t do.

she giggled and told me that she’d take a raincheck.

i knew that these girls just wanted me to beg. im too old to beg. plus part of begging demands promises, lies, white lies. i cant lie. biggest thing i wanted yesterday was just to fall asleep with a nice girl next to me.

she added that she thought that i was a little depressed and she wanted to cheer me up. easiest way to cheer up a bachelor, ladies, is to reach down their pants. crude, yes, but the truth.

her long fingernails may have hurt a little bit.

got a second raincheck within an hour and unpaused the tivo, headed up some peas and a baked potato and watched tv alone

as the camera panned away

up into the sky

into the dark night