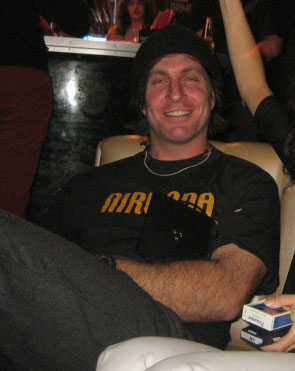 but todays birthday boy jeff solomon might just be the nicest. and there is competition.

just like welch and amy and ben and whalen and dylan don and dan charlie and bonnie jen and czaben and scheer and dougiegyro and jeanine and aj and ali and joel and broome and denis and sandy and everyone, solomon wrote for the college paper with me. we even wrote a few stories together, including this one.

jeff was the county editor with max when i started and during the persian gulf war we were both associate editors.

after spending time in prague in a band that didnt include whalen so they naturally called it whalen, solomon moved to frisco and joined greg from the wonderfuls to form san franciscos best rock band of the nineties, thee mystakes.

i managed thee mystakes. the only reason that nobody knows that thee mystakes were the best band in frisco at the time was because i was the manager and i was experimenting with reverse psychology and esp.

during this time i had my own installation business. i would go to peoples homes and hook up their audio/video systems, home theatres, satellite dishes, and computers.

i charged $50 an hour. i advertised through the salesmen at good guys and circuit city and sears. because i had trained every one of them as a rep for philips and webtv and microsoft they all knew me and trusted me. and i gave them a ten percent kickback. being in those stores i learned that the missing link was installation of the items. typically it took a week or two to get installation and rarely was it any good.

so when i found that i was working for microsoft, who i felt didnt need my help, no offense, i quit and sold peanuts at candlestick at night, and hooked up peoples shit in the day.

i had a good thing going until solomon asked if he could work for me.

at the time i had a great relationship with my girlfriend who i lived with, i was watching baseball almost every day, i was driving a brand new explorer, and i was the manager of my favorite band. and strangely all of that made me very lazy. 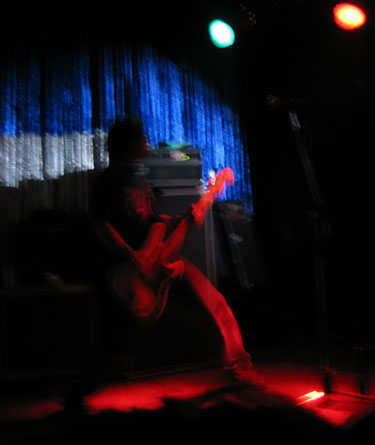 so when solomon offered to split my income in half, at first i saw it as a bad thing, but soon i saw it as the opportunity to get motivated.

part of the laziness that i had before solomon (bs) was that i would turn down small jobs or jobs far away. one of the best things about my company is i would go to sacramento or reno or santa cruz, next day. i’d charge a little more, but i love those towns, why not go there, write off a sweet room, take my girl on a long weekend and meet some cool customers in reno? but bs i pushed those back a few more days than i should have.

when solomon showed up not only did i take those right away, but it was fun because solomon’s the best and it was great to have a second opinion on how to do things. and we got things done faster, especially the wiring, and we discovered something that i hadnt ever noticed before which solomon rectified immediately.

one time while crawling under a house in davis i found myself face to face with a dead rat and i screamed.

we finished the job and as was the norm, returned when the customer realized that they wanted to wire more rooms and give us more of their endless amounts of money and home cooked food and teenage daughters and incredible stories.

we found out that that was the best way to do things because i would be talking to the customers and explaining what we were doing and teaching them how to use their new equipment and calling their salesmen and ordering more stuff for them to get which i would in turn install.

while jeff dealt with the rats.

you’d think that would have been enough right there for me to not put up the gayest picture of him that i have.

this isnt the gayest picture i have of jeff.

we installed for a nice little run there for awhile. always together. rarely would we do an install without the other person.

some jobs took forever cuz im a dumbass and some jobs took a matter of minutes and we felt guilty for charging our fifty dollar minimum but not only would people pay us, but many times theyd give us fat tips.

and yes they did introduce me to their daughters, who were all beautiful, and rich, and amazed by my handimanliness.

whalen wanted to know if it would be ok if he asked solomon to join tsar and replace welch who was stealing too much of the limelight.

whalen knew that he was not only breaking up my business, but also my favorite band.

i remembered one of the conversations that solomon and i had had when i asked him what life he would lead if he could do anything.

he said he would travel around playing in a rock band with his friends.

not soon after solomon moved to la i also moved to la and then pretty much everyone moved to la which was great because we have gotten to see tsar from day one, or day two.

and here it is day five and its sounding better than ever and rock’s gaping wanting hole is about to be filled and satisfied.

jeff solomon is not only responsible for being the secret weapon of la’s finest rock group, but he is also the architect and engineer of the home computer that i type this very entry from.

the only way the busblog and tonypierce.com could be coming to your asses and the ships at sea from a 400mhz p2 running both win2k and win me is because its totally taken care of by solomon, the lion of judah, the valley’s own, and the only member of tsar with his own shrine webpage.

one day tsar will put out four simultaneous solo albums.

dont be suprised if solomons outsells them all.

ok, be very suprised, but dont be suprised if you play his more than you expected.