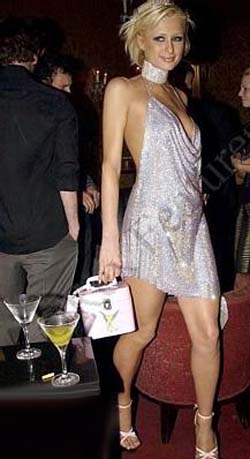 that you have to look closer and when you do you see youre surrounded.

paris canceled our date tonight which made me happy cuz secretly i wanted to take karisa to see beck. i get nervous around karisa but i get super nervous around paris cuz i dont know her at all. does anyone?

karisa makes me nervous cuz i always want to impress her. theres pretty much nobody who gets me that way anymore, and im getting over it because we’ve been close friends for going on, what, 40 years now? we’ve done tons of ridiculous things that if she still likes me after all that then i guess she always will.

tom waits is on my winamp and the riaa can suck my cock. santa barbara was warm tonight and beck was hot. speculation arose between yours truly and the mass girl as to whether mr. hanson had snorted a few rails of the pure stuff because the first four numbers were performed in a maniacal, decidedly herky jerky teeth grinding manner that isnt at all like his newest offering of easy listening drones.

i dont want to give up on our local genius but the salsa isnt as tangy as it once was but the kids at the county bowl didnt mind, they passed their joints around and dialed up their best friends on their cell phones and held them up to the sweet songs and karisa and i looked up into the night and the stage lights flickered but you know what, i dont go to beck concerts to slowdance which is too bad cuz there were plenty of moments for lots a that.

you may have known that beck fired most of his band after he decided to dive headfirst into the controversial religion that he has admitted to belonging to. me, im still pretty much in the closet about being a Christian, which is probably the most controversial of all religions. and if he had asked me, which he didnt, i would have invited him to hire a band full of satanists, since they always make the best music, instead it looked and sounded like the amish got the vote: they were nice, white, and forgettable. they attempted to keep up with their maestro and jerk around like his previous band but they were a pale imitation lacking of any soul or majesty.

when beck sang about two turntables and a microphone, there was nary one turntable on the stage, let alone two.

that is not to say that the show was without its warmth, and charm, and delight, and amusement. beck loves to dance, he loves to play crazy instruments, he loves to do the robot, he loves to rock the mic. and tonight everyone loved beck right back.

he played a lot of the crappy new stuff and lots of the classic old stuff. he played a cover that was so perfect i wont even reveal it’s title because he is playing friday night in irvine and i wouldnt want to spoil it for you. it was a great song selection, if only the band could play the music.

im hypercritical about beck because he is the new bob dylan and that is a lot of pressure, so what. we all have our crown of thorns to sport, write another Loser, blondie. and ixnay on the gram parsonsay.

we had pit seats. so close you could see the singers eye color (black). so close i could see that he had put his guitar pick in the neck of his guitar to produce a very unique sound when played through a series of pedals ment to produce the feeling of dread and itchiness.

theyve added restrooms underneath the stage in the 74 year old county bowl, parking is still suprisingly simple, and the people are soft and cheery and happy and lucky.

we saw the future of rock n roll tonight, karisa and i, and as soon as he quits fucking around with all the bullshit thats distracting him, he will rise again, regain his throne, and make music that theyd have a harder time playing in elevators.

we drove home down the 101, just 90 minutes and we were back in hollywood where we belonged. halfway down karisa let me take over the controls of her z cuz she was so tired and we had realized that beck had never said goodnight to the crowd, or introduced his band, or thanked the openers, and once again we had to forgive him.