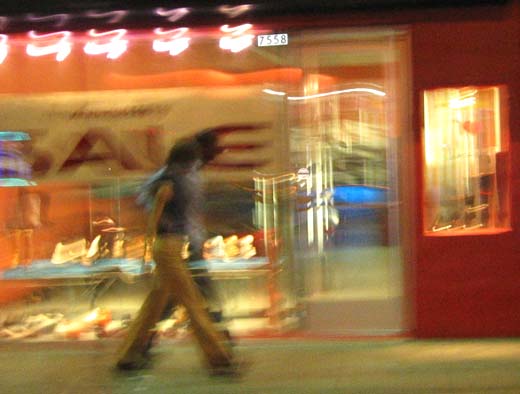 cuz we were starving and it was hot and together all we ever do is fuck the law.

since she was driving i could take pictures and white girls with long hair who put in hip hop and sing along can be pretty cute.

probably for two years i didnt look at karisa and that it seems worked out real nice because today i realized that right now she is probably my best friend.

i talk to her more than anyone. i listen to her advice. i love being with her. and if theres one person who knows where im at right now its probably her.

she was driving so fast that the cops couldnt possibly see us and we were at pf changs before the sun went down.

probably ninety percent of the things that ive ever done with karisa were set up through email.

weird if you think about it cuz we’ve done a shitload of things.

thats weird too. cuz most of the things that weve done were so fun that they havent sunk in yet.

i have the weirdest life, america. we ate like pigs at pf changs. and we drank. then we went across town and drank and played darts and listened to good jukebox music. all these boys filled up the machine but her selections were the best. sexpistols, classic vh, doors, ramones, zep

i kicked her ass at both games of darts. she’d bend over to pick up a fallen dart and try to cover her back so we couldnt see her underwear and i was thinking who … what…

she used to joke that everyone in the xbi had seen her underwear back when we worked together. and if you were at the powerhouse last night you woulda seen london and france.

she kept holding her belly cuz we ate so much and there we were splitting a pitcher of natty light in a seedy hollywood divebar who had no a/c and was so hot that the girls were glowing as u2 played and people laughed and summer you couldnta come at a better time.