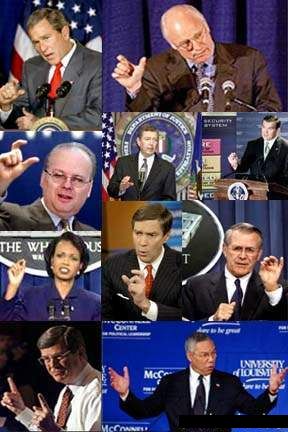 i do. why wouldnt i? sure youre a fuck up, and sometimes mean. and sometimes impatient and stubborn and fugly and dumb and anxious and talentless and dull, but hi, who do you think youre talking to?

i bowled today loved ones. i bowled my damn ass off and i got drunk. im in a traveling xbi league. this week we played at an alley in santa monica where the rat pack used to hang out in, upstairs, who have bottles of bud that looks like bowling pins. a lane karisa and her roommate and i bowled at many moons ago and where i once took a date when i was 18 and new to cali.

three games we played and they had a little thing going on where if the head pin was red during the third game and you rolled a strike they would buy a round for your team.

well, the xbi might be a group of cynical reckless overtalented superheroes who have lost the will to give a fuck, but we like to bowl. we had about 30 people there representing. and our group was a little slower than the others and we could hear this group and that group cheer and gasp when someone on their team had a chance for the free round and either got it or didnt do it.

the team we were up against were former crips from long beach. they had none of the fundamentals that are so necessary for a good score. but one of the wonderful things about bowling is that on any given frame, anyone can get a lucky strike.

and sure enough, bro gangbanger named smurf, who slopped his way through two subpar games hiked up his sean jean baggy shorts and his team watched him and he stumbled to the line and then over it and the ball curved slightly and

free beer for the lbc.

i started with a 117 but that was only cuz the homies brought this tight little thing who had a back shelf you could put your boom box on if you wanted to listen to the lakers win.

second game i got four strikes in a row and then laid off to coast into a 171.

third game second frame there it was for me

i was using two balls, just like how the pros roll

i had my 8 pound gold beauty lane ball that i paid $20 for at the eagle rock lanes.

i was also with my 11 pound real ball that i “won” off pioneer spiffs when i used to sell tvs at sears.

that one was blue.

old blue was reliable and strong but in order to prevent soreness in my pitching arm ive been using the girlie gold’n which youd think would be pleasurable to whip down the lane like a maniac but in truth its (lack of) weight allowed it to be soft tossed half way down the lane for remarkable accuracy since very little rolling was involved and therefore less chance of change of direction.

basically you were playing darts or bozo buckets.

171, bitches, and it coulda been 2 if i hadnt been completely showing up hardened south central gang members in front of their heavilly drinking

i had fun. we all had fun. i think our team was winning. whatever.

seventh frame there was that red pin again.

everyone gathered round and the thing is you had to get the lane manager to watch to verify it and that took forever and i was holding the ball and i was losing my buzz but if theres one thing i love its pressure.

and the cheering was great

and the man asked for my drink

and bar rum is one thing but bowling alley rum

it didnt matter though

and now i love you.