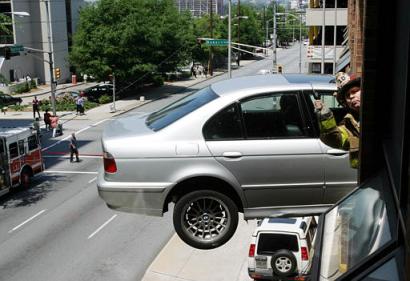 i hate wednesdays. i hate mondays. im screwed. tuesdays we have our weekly meetings. typically they tell us how much chopper one has cost the agency and i have to defend it by saying how much money it has brought in. but not everything is that clear cut.

if someone says theres something going down in the lbc and we need chopper one for cover and if we dont get anything out of it then am i to blame? every meeting i want to say, its a black helicopter, it cant be seen on radar. the surveillance and intimidation and backup are priceless. but i cant because then everyones feelings will get hurt and people will start fighting and when we start fighting at work the guns get pulled and sometimes so do the triggers.

needless to say id much rather be flying around than being in a meeting. theres money to be made outside. i know we need our meetings but they could be done during lunch on fridays and it wouldnt bite into moneymaking time and people would chill the fuck out.

hot as fuck this morning. i got off the subway at wilshire and western and there were i swear 40 kids lined up for tonights morrissey show. most the kids had chairs or stools or sleeping bags or something. theyd been out there on the filthy sidewalk since last night. these are kids too young to ever have seen morrissey sing with the smiths. blows my mind. and its hot. and the scum of the earth walk around that corner sparechanging like a bitch.

in the three years that ive been commuting past wilshire and western ive never seen anyone sleep out over night for a show there until today.

i love morrissey because he goes against everything. he’s gay but he pretends hes “asexual”. he doesnt have any hit singles out, he doesnt have any hot videos out, he split ways with the perfect guitar player and he insults his fans (“You’re The One For Me, Fatty”) and he can sell out anywhere he wants.

proof that holding true to your true self and image blows doors over selling out to whatevers hip at the moment.

i dont see him doing duet records or unplugged records or full soundtracks or even reunion tours. fucker just keeps on keeping on.

i love him and i dont even know what his new record is called.

five sold out nights at the wiltern and i dont think anyone knows what his new record is called.

does he have a new record?

hot as fuck and last night at eleven they had team coverage to tell me that at 91 degrees there were records broken. and if tivo was smart they would allow me to constantly send feedback to the broadcasters via my thumbs up and thumbs down buttons cuz i woulda mashed that red thumbs down button for a good five minutes before i went over to hbo to see the sopranos that i missed on sunday, which kicked my ass. thankfully. wonderfully. thoroughly. beautifully.

but the best news this morning was that howard stern got his ratings for march and he was up in new york chicago and la. but in san diego where he was dropped by clear channel, the station’s morning numbers plummeted from a 20 to a 0.6 in the prime demo of 18-34.