it was no secret that over the last 6-8 months of her life, Nicole Brown Simpson spent more time with friends like Faye Resnick and others who were involved in the typical LA nightlife scene.

Some of those “friends” included drug dealers and hookers. Those associations, OJ claims was what led to the final 911 calls. He says he faught with Nicole because he didn’t want those type of people around his children.

Most of the stab wounds on both nicole brown and ron goldman were in and around the neck.

“Ms. Simpson’s head then was pulled back, perhaps by her blond hair, as the attacker slashed her throat from left to right. The neck position at the point of the cut can be determined by the fact that no blood flowed into her windpipe.

“The cut was vicious. The knife sliced through both carotid arteries – which provide blood to the brain – nearly cut through one jugular vein and left the second jugular vein dangling by a thread.

This is very similar to what the defense brought up to being the trademark fatal stab wound that is found on some victims of drug-related crimes. Specifically those where the victim owed money to a drug dealer.

Mark Furhman was asked by F. Lee Bailey if he had ever heard of the Columbian Necktie

Q: NO. HAVE YOU EVER HEARD OF A COLOMBIAN NECKLACE?

Q: YOU ARE HEARING THAT WORD FOR THE FIRST TIME TODAY?

A: NO. I KNOW WHAT A COLOMBIAN NECKTIE IS.

Q: DID YOU EVER HEAR IT CALLED A NECKLACE?

Q: THAT INCLUDES CUTTING THE THROAT SO SEVERELY THAT BOTH THE CAROTID ARTERIES ARE SEVERED, CORRECT?

A: I DON’T KNOW ABOUT THAT, BUT I JUST HEARD THE TERM.

Q: WHAT HAPPENS WHEN THEY ARE SEVERED? DO YOU KNOW FROM YOUR TRAINING?

A: WELL, THE PERSON WILL BLEED PROFUSELY AND DIE.

Q: THE BLOOD PRESSURE DROPS TO ZERO AND DEATH OCCURS ALMOST IMMEDIATELY; ISN’T THAT SO?

A: I WOULD ASSUME SO.

Q: IF YOUR THROAT IS CUT THAT SEVERELY WHILE YOU ARE STANDING AND SOMEBODY IS HOLDING YOUR HEAD, YOU WOULD BE DEAD BEFORE YOU HIT THE GROUND, WOULDN’T YOU?

A: (NO AUDIBLE RESPONSE.)

A: I WOULD HAVE TO SPECULATE. I COULDN’T TELL YOU THAT, SIR.

Q: YOU NEVER HAD THAT TRAINING? 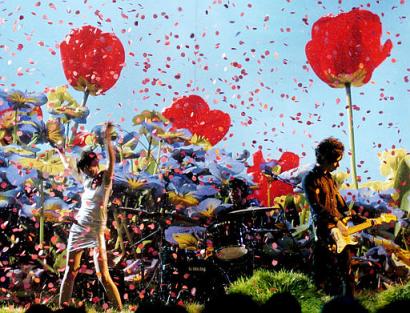 A: IT WOULD BE QUICKLY.

Q: OKAY. DID YOU CONCERN YOURSELF, BEFORE YOU WERE OFF THE CASE, AS TO FROM THE EVIDENCE THAT YOU COULD SEE, WHICH VICTIM DIED FIRST?

A: I COULDN’T TELL ANY OF THAT FROM THE SCENE.

Q: DID YOU MAKE ANY OBSERVATIONS?

A: I MADE NO DETAILED OBSERVATIONS THAT WOULD GIVE THAT INFORMATION.

Q: DID YOU DEDUCE, DETECTIVE FUHRMAN, FROM THE QUANTITY OF THE BLOOD SURROUNDING THE BODY OF THE FEMALE VICTIM, THAT SHE HAD BLED VERY PROFUSELY?

A: YES. I WOULD CONCLUDE THAT.

Q: AND COULD WELL HAVE SUFFERED A MASSIVE INJURY TO THE CAROTID ARTERIES IN THE NECK?

A: I COULDN’T ASSUME THAT.

Q: DID YOU HAVE ANY IDEA WHERE ALL THAT BLOOD CAME FROM?

A: SOMEWHERE IN THE HEAD AREA, BUT I COULDN’T SEE HER FACE.

Q: BUT A MASSIVE INJURY OF SOME SORT?

Q: AND PROBABLY SHE HAD NEVER MOVED FROM THE POINT AT WHICH SHE FELL, FROM THE EVIDENCE THAT YOU SAW? A FAIR DEDUCTION?

Detective Tom Lange was asked by Johnnie Cochran about the Columbian necktie as well:

Q: NOW, IN THIS — YOU DESCRIBED FOR US THAT BEFORE LUNCH ABOUT THESE DRUG KILLINGS AND YOU — I ASKED YOU SOME QUESTIONS ABOUT THIS COLOMBIAN NECKLACE AND REMEMBER WE TALKED ABOUT THAT? 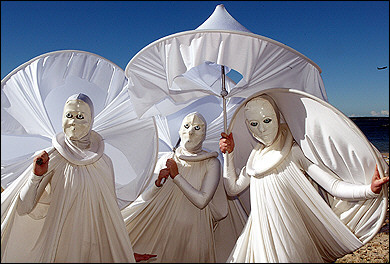 Q: DO YOU KNOW WHAT A COLOMBIAN NECKTIE IS?

Q: WHAT IS A COLOMBIAN NECKTIE?

A: MY INFORMATION IS THAT IT IS A TIRE THAT WOULD BE PUT OVER SOMEONE’S NECK AND SET AFIRE.

Q: THAT IS A COLOMBIAN NECKTIE?

A: THAT IS WHAT I’VE HEARD. I HAVE NEVER EXPERIENCED THAT.

Q: HAVE YOU EVER HEARD OF A COLOMBIAN NECKTIE BEING A SITUATION WHERE IN A DRUG —

MR. COCHRAN: I ASK THIS QUESTION, YOUR HONOR, AS AN EXPERT.

Q: ALL RIGHT. WHAT YOU TALKED ABOUT WAS A NECKTIE USED IN SOUTH AFRICA WHERE TIRES WERE PUT OVER —

A: I THOUGHT THAT IS WHAT YOU WERE REFERRING TO.

Q: WE ARE TALKING ABOUT COLOMBIA, NOT SOUTH AFRICA.

A: I DON’T KNOW WHERE THESE THINGS OCCUR. THE ONLY NECKTIE REFERENCE I’VE HEARD IS WITH A TIRE.

Q: YOU WERE THE DETECTIVE ON THE WONDERLAND CASE; IS THAT CORRECT?

Q: WAS THAT A DRUG CASE?

the reason that the Columbian Necktie is important is it lends reasonable doubt that OJ might not have killed Nicole and Ron, that someone who actually had practice in killing people probably committed these murders. someone who knew how to kill someone within a minute’s time.

if we are to believe that OJ killed Nicole over a fit of rage, odds are he would have screamed out and slashed all over her body, not just at and around the neck.

also, the Columbian Necktie lends creedence to the theory that the Bronco Chase was a slow chase in order for OJ to hide from the killers by finding an creative way to surround himself with police.

the theory is that OJ knew that the killers wanted money from Nicole, and perhaps contacted him, and after he refused to pay they tried to get the money a final time from Nicole and ultimately killed her. and that’s why he always seems guilty. because in a way he sorta is. if he had only paid off her debt, she’d still be alive.

it also explains why he says he’s still mad at her.

Katie Couric: �Are you suggesting that Nicole was hanging out with the wrong crowd, and somehow someone in that crowd is responsible for her murder?�

OJ Simpson: �I’ve always said that. I made it as clear… that somewhere in Faye [Resnick’s] life, it’s happened before in Faye’s life. Same situation happened before in her life, and it happened again. Now you guys make it like, �OJ’s been hinting this, and hinting that.� I don’t think anybody could be any clearer than me about the judgment, about paying the judgment. About why I think, and who I think was involved with her death, is this group of, I think, just horrible type people that she was hanging around with. People that not only did I not like, people her mother didn’t like. We talked about it often back then before her death. That we didn’t like this group of people that she was hanging around with.� (NBC, 6/6/04)

and here are the winners of the gmail invite contest.

i appreciate everyone who voted and participated. ruzz, travis, and jared, you all got a bunch of votes and if i get three more invites i will send them straight to you guys.

in health news, i went to the doctor today.

the xbi workers comp doc. same one i had two years ago when i experienced a similar problem.

he said he recognized me, even though i didnt have my afro any more.

then he examined me, which included weighing me and measuring my height. two things i will never understand when the issue is about hands.

he said that i have acute tendonitis.

i said is that better than ugly tendonitis.

he smiled but didnt get the joke. i think he was from armenia. then asked me if i told a lot of jokes at work. i said yes. he said, no more jokes at work and no more typing.

i said part of my job is typing. that chopper one’s controls involve something that looks like a joystick and a huge keyboard.

he said, ok, well your job is whats causing this problem.

i was all, great, i dont want to quit my job though.

he said, you wont have to quit. just take these pills and for every hour that you work you need to get up and walk around and not do any typing.

i said doc, i fly in a helicopter. i cant land it and walk around for 15 minutes.

at this point i thought he was going to say what i would have said which was, take these pills and dont work for 6 weeks and dont type at all and we will see if it gets better.

instead he sat down next to me and whispered

suck it up, agent.

and then a nurse came in with a basin of hot wax. i put my hands in it, took them out, put my hands in, took them out. i did this ten times. soon i had wax all over my hands. it wasnt messy. then she wrapped them in plastic. then she wrapped that in hot towels. then they put electro wires on my forearms and put a big pillow on it and told me to lay my head on the pillow and take a 15 minute nap.

then she turned on the electo machine and said wait are you The tony pierce.

and i said uh

and she said you are

and i said uh

and she kissed me on my forehead and said you’ll get better, i promise.

and i prayed while i dozed off and when it was over i went back to the office and tallied the votes and realized that as long as im in this “therapy” i wont be blogging like i should. like i want to.

and then i realized that the nurse had given me two wrist braces, and i put them on, and i wrote to you.

the bus will never stop.