something that i’m not as much as i would like, regardless of the clever disclaimer.

i have a proposal out to blog professionally for a pretty big company. a company that i respect and admire regardless of whether or not i get the gig.

the reason i have been holding back is because i dont want to blow the opportunity. specifically i dont want people who dont know me, who might be interested in hiring me, to get the false impression that i’m someone who i’m not.

in blog life i know that if i wanted to double or triple my hits and break into the technorati top 100 for starters it would be in my best interest to focus on sex, tech, or politics. of which i could switch gears into in a snap.

personal blogs like this one, despite the mild success that ive had, do not attract the masses.

and, sadly, neither do allegedly well-written blogs. look at the list. there are a few really good writers on there, but barely 15% are the lileks-style of writing-first.

to be popular means to be political. get into the short list of links from the instapundit or the daily kos or atrios and you will be guaranteed thousands of hits a day. it’s nothing to be uptight about, it just is what it is. and to get those links it’s easiest if you write things that those heavy hitters agree with.

and it doesnt hurt if you link to them while you write about how you agree with them.

to be popular also means to be a techie. blogging means that finally the geeks get to be the kings of the school. and it makes sense. the technology that many of us are using to make blogs and web sites and to access the web changes daily, of course those who write about it are going to be read. and if you do it as well and as clearly and as friendly as a guy like Doc Searls does, you too will be successful.

especially if you make a point out of not kissing the ass of the established leaders of the blogosphere, and particularily if you pepper your writing with things that arent so easilly linkable because it might fluster some of the more sensitive sensibilities, like, i dont know, when you say things like youre glad that ronald reagan is fucking dead and you wish he’d never lived. 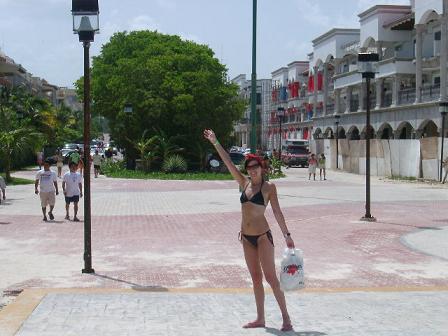 so theres a tradeoff to be made. just like in real life. for every foot of freedom that you eek out for yourself, you limit yourself from being acknowledged by those on top, who in more cases than not, wont link to you because they are by practice and definition conservative.

n.w.a as good as they were at their peak were not as hyped by the critics as nirvana was during the very same era, despite the fact that both groups were changing their respective genres dramatically and powerfully.

how does this relate to blogger popularity? simple. look at the technorati top 100 and count how many of those blogs are risking, revolutionary, and raw.

then count how many are predictable and safe.

ditto for movie box office returns. for every Fahrenheit 9/11 that makes $100 mil, there are dozens of Shreks, Harry Potters, and Spidermans that make hundreds of millions more.

you cannot beat them, so join them.

now, if that blogger decided that popularity was no longer interesting to him,

that instead he wanted to shun the silly game of hits-hits-hits and competing in a world where will wheaton gets more hits than johnkerry.com, georgewbush.com, little green footballs, lileks, the smoking gun, the buzzmachine, rollingstone.com, and all of the suicide girls;

and instead of competing, wanted to create, invent, and discover; then that blogger needs to be ok with a limited audience, if any.

and not every blogger is comfortable with that trade-off.

especially the idealistic ones who would like nothing more than to kick the shit out of mr wheaton’s ranking on that ridiculous list.

all i want to do is rock in a big way.

and right now i see two paths to do that:

write for a bigtime company

or go fullon punkrock like raymi does: naked, free, and seriously fearlessly.

in the meantime i hope you accept my apologies for presenting this middleground which is a struggle to write, trust me, in the same way that it’s hard to drive a sports car 55.

and i appreciate your patience during this waiting period.