up on my blog i will.

especially as a tribute to raymi, who we celebrate today.

the fellas asked me to repost this last week and i never got around to it, so here it is.

theres three kinds of ass out there. and the third doesnt exist.

theres the easy ass. the kind thats always there for you. the kind that poses and whispers and locks onto you and doesnt let you leave the house without a million kisses and wishes.

easy ass gets boring to most, but the wise man learns to appreciate it and not get bored. boring people get bored – especially of easy ass.

billy joel had some easy ass for awhile and divorced it.

kobe cheated on his easy ass.

hef dances with his.

there is no such thing as perfect ass.

if you think youve found it, you should marry it, or bottle it, or shake your head because your probably dreaming.

the closest thing youve probably gotten to perfect ass is your hand.

thats not a bad thing.

normal ass is a pain in the ass, but c’est la vie.

you have to tell it that it looks good even when it doesnt look so good.

normal ass is forgetful, lies, cheats, fucks up, isnt perfect, isnt always sweet, doesnt always want it, will talk shit about you to the world, will probably make money writing about your ass one day.

normal ass is as plentiful as the leaves of grass and when people say they cant get any ass theyre overlooking the normal ass.

normal ass doesnt like being identified or boxed in or bagged and tagged.

normal ass wants to think that its special, but its not.

normal ass is as normal as the pimple on the ass of a good looking girl.

me, i like easy ass, and i must admit that i get fooled into the idealistic dream that theres some perfect ass out there for me that will love me when it finds out my phone number, and yet im willing to settle for normal ass.

i dont think im much different in that example than most men.

if youre a man under the age of 100, any ass will do, but once you get older than that dont be suprised if you get impatient when perfect ass stops being perfect or when easy ass becomes dull.

even at 109 years old i have never been bored by easy ass, however ive grown tired of jump-through-the-ring-of-fire normal ass.

even if it was probably a dream.

+ kurt vonnegut wrote a pro michael moore op-ed last month, even though i agree with him, i think we’re losing him

+ as seen on evhead 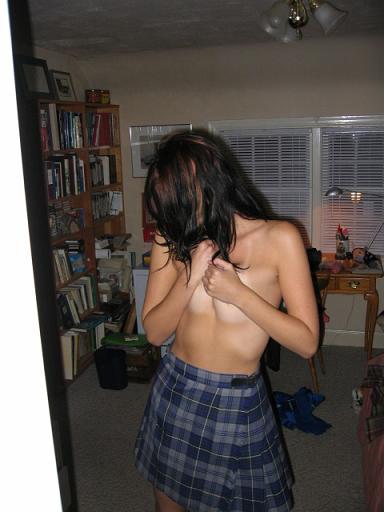 because there is a God and He loves us. i keep telling you this. none of you listen. but it’s cool. it’s cool.

speaking of which, jeff jarvis wants us to lay off the hate and the evil and the mudslinging when blogging about this presidential election.

but, as usual, i was wrong.

half the fun of blogging is getting nice emails from hot chicks who want to get naked with you. the other half is getting a chance to practice writing three times a day in front of hundreds of people.

there actually is no room for mudslinging in a proper blog that aspires to be taken seriously. a gentleman should leave that for the discussion boards.

the busblog doesnt need to lower its standards to the level of others just because theyre doing it.

and since everyone is so frickin confident about their guy’s record, why bother with the bs?

as a reluctant kerry supporter, i hereby take my man jeff jarvis up on his plea. i will no longer talk about our president’s incomplete military record where he obviously took a few months off to go to rehab or bang sheep or do whatever it was that he was doing. i will no longer write about things that are not rooted in the main facts about this particular race.

the facts being the economy, the war on terror, health care, education, constitutional amendments, the seperation of church and state, the war on drugs, wmd, obl, and the war in iraq.

if jeff wants to lay out a few more standards, i believe that will be helpful.

meanwhile, i would hope that any blogger who thinks that they can run a mud-free blog who supports the president will refrain from john kerry’s health records, his opposition to the vietnam war, the swift boaters, michael moore’s weight, etc.

similarily i will not run out and buy kitty kelly’s new book. and if i do i wont write about it.

welcome back raymi. we missed you.

please dont ever go away again.