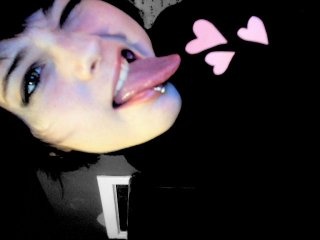 i lost whatever looks i had since joining the xbi. maybe it was a coincidence maybe not. somehow the ladies dont notice. people dont understand what this place does to you. and it happens so slowly. thats the scary thing.

and people will say blah blah blah but everyone knows that somethings look great as they die.

take slowmotion fireworks on acid for example. you hear about it you see it boom and its gone. if its loud enough you might catch an echo for a second but then never again.

there wasnt anything wrong with any of those girls and even then i looked at myself in the pictures with them and said youre living the dream old man scratch that you are the dream.

people nearly filled up my gmail today asking to see scans of the letter and i have always looked at the bible for inspiration and ive noticed that satan is only mentioned three times. even homer simpson can count that on one hand. in the garden in job and tempting Jesus. you dont write about people who dont deserve your attention. for if you do you encourage them to continue to be written about.

create topics and subjects that are worthy of your attention.

which means we wont be talking about how the cubs had to go into ten innings Again tonight, this time to beat the lowly mets. and they had to get piazza out to lock it down. they made kris benson look like a twenty game winner.

my hat’s off to glendon rusch who kept the mets to one run in six innings and helped the cubs get their 12th win in 15 games. the most lukewarm hot team youve never seen.

but since the dodgers eeked out a win against the giants tonight in frisco depite bonds’ 702nd homer, the cubbies are a game and a half ahead of the gyros in the wild card and the dodgers are two and a half games ahead of sf in the west.

all due to shawn green’s dinger.

the giants however are breathing a sigh of relief that the dodger right fielder wont play tomorrow so he can celebrate yom kippur.

which is cooler than anything ive done lately.

although i did ask nicely for my super hot friend to write about being a prison officer and she just posted part three of her ongoing series. in todays chapter she interviews 18 inmates who give her advice as to how not to get raped in jail. apparently the advice begins with “dont talk to anyone.”

the next time i talk to her i will have to ask her if she’s noticed anyone following the ol’ dirty bastard technique of never showering and thus repelling anyone who even thinks about coming within 15 feet of you.