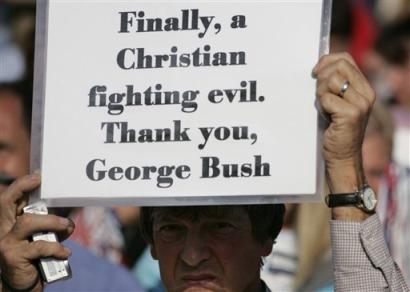 he’s getting paid to hold up that sign. then i thought how scary if its real.

michael moore needs to do a movie about american christians.

that one could probably make $500 million.

i wonder what i would have to do to get to conduct some of the interviews. cuz michael moore cant just walk into town and asking people questions. surely they know not to talk to him any more.

which is why fcc commissioner michael powell will never go on the howard stern show and defend himself. you don’t fight a war you cant win. w.

howard on the radio today, who has a deal to make a few interview specials for abc tv, invited powell to a “neutral” location for an hour interview that could be shown on abc.

if you notice i don’t make fun of black folks. im sorta like the affirmative action instapundit. we blacks have enough problems. although a lot of you white folks are pretty fucked up too. shit. not like the asians are doing much better.

only ones i know who are happy are the retards on the bus to work.

thirteen yrs old, holding hands with each other as they bounce on board, moustaches growing in real good.

ive noticed they don’t look each other in the eye.

i saw these deaf dudes yelling at each other yesterday.

one guy wouldn’t even look at the other guy hand signaling him.

every now and then he would take a peek to make sure his buddy was still going off, which he was, so he just looked away and handsignaled whatever dude

i wanted to handsignal the mean dude and pretend that i spoke a different language but ive noticed the evening commuters aren’t really into the funny like the morning kids are. 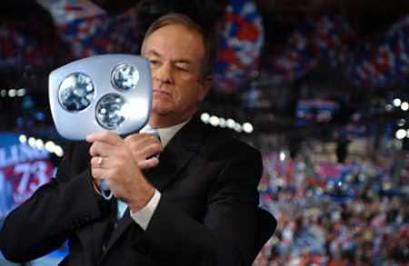 if i wasn’t black i would be calling michael powell a pussy ass uncle tom bitch whose prick must be the size of a splinter for who says “I would deny it exceedingly” except someone who’s making up for something.

bitch ass fuckr should be fired no matter who wins next week for the sole reason of (ironically) lacking any communication skills what so ever.

we don’t know what’s obscene now any more than we did four years ago.

and even though he had originally said that because it was used as an exclamation and not an adjective it was “reprehensible” but not fineable.

and why it takes them half a year to figure out how to let oprah get away with talking about tossing someones salad on tv at 3:30pm when the little angeles of america are skipping home from school.

we let the brothas and sistas slide.

we got enough fucking problems.

oprah, for example, is fat

o’reilly paid the bitch off + isabella + my wife is a republican + remember caps lock day?