ones where i sit at my desk and do deskwork, days when im not flying chopper one, people will walk by and say

shit tony, why are you still here?

everyone around me has either died or quit or got shot, and ive shot a few of em.

and theres no serious chance of moving up and why would you want to anyway.

the other day someone from accounting came by and said

i know what you make.

and shes definately cute and i was all, but you dont know how much i steal

and she sang, oh yes i doooooo

or the hollywood free clinic.

and i was all, fine, how much do i make. knowing that she knew.

and she said, shit.

but one thing ive noticed in california is that the rich arent rolling around town spilling champagne on their tuxedos laughing so loud their monocles pop out and their top hats tumble.

the rich are just as fucked up as anyone.

and i say that seriously. totally not jealously.

and maybe its LA where you might have a fucking sweet pad right in the heart of bel air but you aint shit cuz some other motherfucker has one on the beach in malibu, but then someone else has one in the hollywood hills thats invisible or some shit.

and everyone drives the same mercedes.

and everyone has the same pain in the ass fakebaked hottie on their arm.

and no matter how great you think you are theres magic johnson walking past who has five rings, owns a half billion dollar company that includes franchises of Starbucks and TGIF, has his number hanging in the staples center, and beat aids.

wtf have you done yuppie?

and then hef walks past you

and then dr. dre and snoop dogg

the vast majority of the rich and the allegedly cool are just someone elses bitches here, everyone is owned cuz the bigger you want to get the more you have to sell out to someone freakier and this is the place where the prices are determined i mean where dreams come true, so deal.

and everyones fucked but the poor.

when less than zero came out i knew what it was about. i knew the dude named atiff. even back then in 84 atiff knew. all you have to do is look around and discover that this is the only big city where the mayor never matters and you’ll know why atiff looked at me, went into my bedroom, stole my acdc for those about to rock concert tshirt, levis, and converses and left behind a blaring yellow guicci 80s miami vice suit

atiff who was introduced to my apartment thanks to my roommate david who had just gotten an job as an extra during the credits of rodney dangerfields classic back to school, hes the blonde jewish guy with the funny glasses.

cute as a cute girl could be.

and watched chopper one block the sun.

and she said are you here for that?

and i said fuck that.

but only cuz i like saying fuck to things.

why has noone told me that the reverse cowgirl is back? + on being jewish + brooks blog

fascinate me. especially in perfectly good places like the xbi.

lemme put it this way: the xbi is so fucking tight and perfect that you can count the mistakes that ive made this year on one hand.

i have a voice activated email system. i just archived this years emails and i stored away 7,500 emails. thats 25 a day or one every twenty minutes.

that doesnt include all the phone calls that i get or all the regular conversations or meetings that i participate in.

so if theres that much communication going on each day, and less than 5 things fell between the cracks, wouldnt you think that the powers that be would not only say, shit man, nice work, but they might even try to find out what the secret was?

they dont wanna find out what the secret was. and if you ask them they will tell you that i just got lucky this year. even though last year youd have a hard time counting my mistakes on two hands.

but no, they dont want to find out the secret of my success, in fact they want to alter the way that i do things even though they are well aware of the fact that ive totally dominated this year.

little known fact about the xbi: turnover is superhigh.

nobody that was here two years ago is still here. thats how hard it is and how quickly people realize that its a thankless gig.

some people even take paycuts and demotions to leave.

as a matter of fact, no one who was here when i started has a better, higher-paying job within the xbi once they left the department that im in.

so is Chopper One to blame? is it cursed? does it mean that any team member affiliated with Chopper One who wants an actual career should quit and join up with some civilian operation?

especially when people who can, alter what is working.

in fast-paced situations where mistakes can and do happen each day, i do not recommend changing shit that is working fine.

which is why if i was the Cubs i would have re-signed Clement.

it is also why i blog every day, twice a day:

cuz its working for me.

of himself reading americas new favorite self published blook, how to blog.

if you too have pics of you reading your copy, feel free to email it to busblog at gmail dot com and i will put it on the blog too

you know it’s good luck to have this book dont you?

some say if you rub it on your bald spots you will grow hair.

some claim that they are sending their copies to the middle east to spread world peace.

your mileage may vary.

but i hear the lakers all bought a copy after they found out the heat all bought copies and secretly say that it is the reason for their 8-game winning streak.

all i gotta say is it cured my athletes foot.

in other news i sent my buddy ken layne the link to the blog that we discussed this weekend ganked my shit. he sent me back an email laughing saying, “no wonder they’re hiding that mess.”

its nice to have friends.

come back a little later today when we will have an email from our girl karisa who writes us from the frozen tundra of new england. 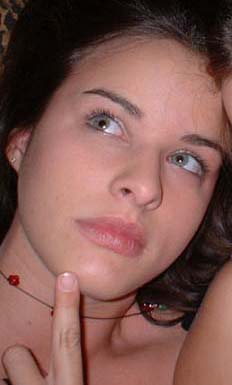 i wonder what she wants.

i hope she knows she can have anything.

i hope all of you know that.

now shes (still) a big star on the web, and i still get hits from her blog.

shes better than me in so many ways and i dont blame the world.

her life is a real one and its interesting and madpony is just the tip of the iceberg of her accomplishments and im glad ive gotten to know her a little more than than just from her blog.

our oklahoman is super sweet, shes smart, she works hard, shes a great friend, shes a good sister, shes a great daughter, she does pretty much everything right, and she does it in that hot southern accent.

just like the ramones was mostly johnny, madpony was mostly kristin so we probably shouldnt ask for more from her, but it wouldnt suck to get a comeback.

i still dont know enough about sorority girl life in 2005, or what its like to go to a game in norman while their team is top rated and their fans are insane.

or what things are like in her town now that they have to take on southern cal in the orange bowl where they will probably lose.

im glad to learn about shopping and shoes and things like that, but i want even more.

would it be so hard to ask for a photo essay sometime soon?

we’re lucky to have what we have, and you must admit, there arent many kristins.