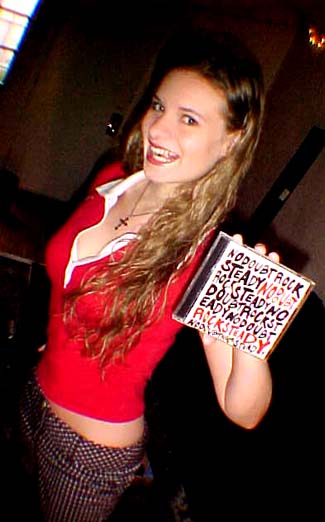 i loved that ashley was christian.

catholic, technically, but i didnt hold that against her.

i also liked that you always knew where she was.

usually it was on your lap.

sometimes i’ll go to an art opening or a wrap party or a wake and i cant for the life of me remember who i brought as my date because they’d have disappeared in with the crowd, champions of an odd but effective game of hard-to-get

wanna make out right there in the subway. fine.

she might even sigh right after and hold your arm

with both her hands.

i kid about the girls who come over for the first time and are naked within minutes but i kissed ashley minutes after getting back into our suite at caesars.

we had chatted for four months but never talked about sex or kissing or anything pg-13 or worse.

the whole time i thought it was a setup the fbi were tricking me into so id have to go back to work with them.

easiest trick in the book too.

many people dont know this, but in all of las vegas guess where we went to talk in person for the first time? the dairy queen.

totally fine unless you get the one where we were at that had the most flourescent lights youve ever seen. so good you could see every pore in a 108 year old man’s face. a little too good for my liking.

we ordered but neither of us could eat.

i think i kissed her for two nights straight.

i think she cried when i left.

and i think when i flew home every thought was about her and what the hell am i going to do about a girl 1/9th my age, who’s perfectly fine, and maybe just a little too fine for my liking.

cheap brie looks sweet but some of us are here for the bite francois.

so two years later we broke up.