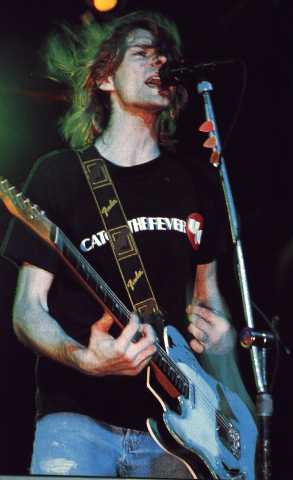 i forgot to tell you that the whole time we were talking we were eating this sticky carmel stuff that we were sitting on.

it didnt smell that gross and it tasted ok and we were both starving like crazy and i could hear him eating it so i started eating it too.

most people dont know this about me but my stomach is pretty crazy. kurt used to have the same problem, before he blew his fool head off.

my stomach will hurt like a bitch if i put anything in there that it doesnt agree with, but as i have grown older it has gotten better.

i think it has to do with this natural herb that i was prescribed back in college.

i forget what its called.

anyway now if i eat something that doesnt agree with me it will either shoot right through me and come out one end, or i’ll get super sick and puke it up immediately.

this carmel stuff didnt make me puke or the other thing, but i started seeing weird colors and thinking bizarre thoughts.

everything had to be tied together in some way.

my line of thinking normally wanders any old which way but after i had a few handfulls of this almost peanut buttery gunk i was trippin pretty hard.

i heard kurt snoring somewhere over there and i figured we were dead anyway so what the hell.

then it felt like the walls were getting closer.

then it felt like someone turned up the heat up in this piece.

then it felt like someone turned up the air conditioner full blast.

then i saw little sparkely stars in the blackness.

then i could swear that i heard someone saying my name.

then i could swear that i could hear an angel and God talking about how disappointed they were in me.

then i could swear that i could hear the angel say that they could reassign my soul to the body of a lightskinned black man who would grow up and work for the secret angel-led undercover crime fighting unit called the xbi.

then i could swear that the good Lord said that He didnt think that i had what it took.

then i could swear that the angel said that they would make it so that i wouldnt be able to feel any pain because i really would still be dead.

then i heard the good Lord chuckle.

then i heard the angel chuckle.

then they both started laughing.

then they either high- or low-fived, it was dark, i couldnt see shit but weird colors.

then i got punched in the nose and i passed out. 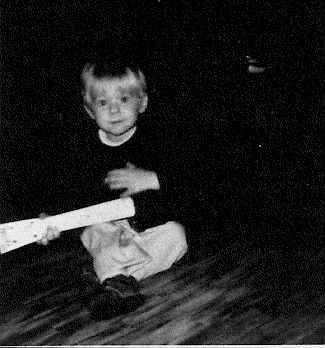 that blogging from the strange thick heavy wet darkness isnt so easy.

in fact the fact that one could blog from this place should be considered some sort of modern miracle.

in fact the fact that i have been blogging in secret from an internet cafe in the pits of Hell should be regarded as spectacular to say the least, but i guess i shouldnt be suprised when not everyone shares my beliefs.

so me and kurt sat around in the humid nothingness talking to each other about punk rock, poetry and the decline of major league baseball in the minds of the average american.

then he told me that he had to ask me some questions about life on earth since he’s been gone.

is music any better?

is rock any better?

tv’s pretty good. they have a lot of reality shows now.

what was the best thing that you’ve seen on tv in the last 10 years?

they had this thing called The Glutton Bowl, where they had people eating brains and balls and mayonaise…

what sort of balls?

oh shit, i thought you meant like tennis balls or ping pong balls.

bowls and bowls. they made them eat sticks of butter too.

what did they win once they ate all that? kurt cobain had flown down into the pits of hell, rescued me, and now we sat in utter darkness.

are we still in hell?

are we in Heaven?

do you know whats going on?

are you going to tell me?

do i have to figure it out?

do you think i can figure it out?

it was a thick darkness. like gravity was heavier.

but not that heavy.

are we in limbo?

did rock and roll just save my soul?