Q. What would you do without the blog if it were taken away and you had no means whatsoever to express yourself to the public?

before blogging i wrote in spiral notebooks and then i made websites and i also wrote for my college newspaper.

so if blogging wasnt around i would probably follow my former dream of being a pro journalist. but the problem with pro journalism is you cant really write exactly what you want to write. for example, lets say i had established myself as some kickass genx columnist and someone like the la times actually hired me five years ago. do you really think theyd allow me to mid-column say, man, i could really use clipper girls cousin to call me up right now and beg to lick my nuts like she did the other day?

not really likely. so thank god for blogging cuz i could really use clipper girls cousin to call me up right now and beg to lick my nuts like she did the other day.

Q. What is more important giving love or receiving love? you can’t say both, you have to pick one that is truly more important. I know you’re a giver.

well im a sap, so i believe that when you give love you automatically receive it.

i also have serious issues with receiving. so as much as i enjoy seeing a pretty girl get down before me and pull down my dark side of the moon pajama bottoms and unleash my deadly weapon, i cant really allow her to pay that much attention to me for very long. i feel selfish i feel greedy i feel self consious i feel ungentlemanly. however when the shoes on the other foot, lets say, i have no problem taking my time and letting her imitate fat joe and lean back and lean back.

one of the best gfs i ever had really loved giving love. she said, lets see if you can make it through a whole inning of me just doing this and she did her thing and i couldnt receive for that long. it was fun to try but there was obviously something wrong with me because i pushed her over and gave it to her, twice as good because i totally appreciated her little science experiment. 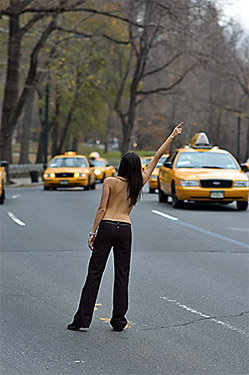 Q. Why do you personally think so strongly about having such a strong political stance not only personally but with the Blog and do you think the celebrities or musicians should use their own stages for political agendas or beliefs?

i think in real life if you were in a tavern with any of those gentlemen and if you werent surrounded by a bunch of good ole boys and if you sorta sighed and saw the president on the tv but you couldnt hear him cuz the jukebox was playing and if you said what an ass, i bet you they would probably laugh and agree. but they wouldnt dare do that in their blog cuz they make money and theyve become popular defending him.

similarily ive gotten far more props for bashing him than i probably deserve, cuz seriously how difficult is it to point at the retards in washington and say omg wtf.

i think most people’s stances are so strong currently because theres such a huge divide between left and right right now with very little middle ground. at this point you either believe that the administration lied to go to war and theyre lying about the progress of the war – or you believe them. you either are in favor of the right for women to choose what happens inside their womb or you dont. you either think this administration is taking this country down a rotten horrible fucked up path, or you think anythings better than kerry/dean/clinton – even this.

so i dont think my stance is unusually strong because it feels like if you dont like bush you probably reeaaaaalllly dont like bush. nobody is running around saying “yeah this war in iraq is a joke, but dubya’s domestic policies and programs are making us all rich, what a visionary, man, huh.”

other than oil producers and haliburton, who’s really benefitting from these last five years? the fcc’s slush fund? flag makers? and who’s gonna benefit from bush 20 years from now? is that such a crazy question to ask? i dont think so.

should celebs and musicians talk about their political beliefs? let me put it this way, for some reason we stick a mic in front of celebs and musicians so if they choose to keep it real and actually have an educated discussion with the prettyboy from entertainment tonight, i dont see a problem with it. and if a rocker wants to say a few thoughts onstage i wouldnt mind, especially if its followed with some killer song appropriate to the rant they just delivered. 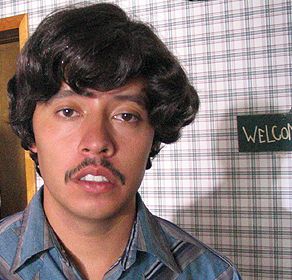 some of the best songs out there were based in politics. i dont see why people should shy away from speaking their mind about anything that theyre serious about. on stage or in the blog. especially if theyre being honest and emotional about it.

Q. Have you ever had sex with a girl for the first time when she was really intoxicated and then had second thoughts about your actions the following day? Not because she was not hot, but that you might have taken advantage of her inebriation?

in college i had a major crush on a super hot chick who totally loved to party. she was friends with some of us Daily Nexus kids as well as some of the KCSB radio djs. one day the Nexus and KCSB had a sloshball game, which is softball with kegs at each base. needless to say after the game everyone was wasted. i took her to her place and started kissing her and she kissed back. i felt her up and she felt me up. but it was obvious that she was far more sloshed than i was.

i picked her up and put her in her closet but she slumped back down. i kept whispering, youre so drunk im gonna go home. and she kept slurring, no no, come here. but her eyes werent open and she was minutes away from passing out. it was obvious i could have done anything with her that i wanted. but even then, horny as i was, and as drunk as i was, and as lucky as i felt to be making out with such a blazing hot chick i knew in my heart that it would be wrong to do anything other than go home and lock the door after me.

a few weeks later she was drunk and stumbled to my house and knocked on my door and climbed into my bed. again she was wasted and sprawled out like a barbie doll. i really liked this girl and of course i wanted to do it with her. the problem was it wasnt going to be with her it was going to be to her, and even though she had come to my house i knew i should just chill out and not touch her. i kept thinking, if this girl really likes me she would bone me sober – which might be in the morning.

even then i knew that some girls dont know how to say yes and they feel like they have to get drunk or wasted from drugs to feel ok to have sex but i didnt want to be part of that. hot as she was. im no angel, but this black man knows better than to get himself in a situation where a girl could say i was drunk and he raped me while i was passed out.

theres tons of willing sober hot chicks out there. if lyle lovett could bang julia roberts and then marry her, you and i can bang pretty much anyone we want. sex is merely a numbers game, the more dates you go on, the better your odds. no need to break the law or take advantage of lightweights.

part two of the tomdog interview is here