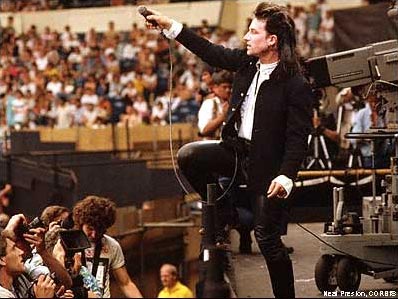 tivo stoked my ass today with suggesting two of my secret favorite movies so i had to watch them instead of blogging or doing the hundred page photo essay that im going to bust on your unsuspecting asses this week some time.

why? because i havent done a proper photo essay in a super long time and youve been patient and others have done photo essays and i havent and finally i have a good topic that i think you will all like and soon i will have a new job that will probably be hard and i wont have “time” to bust and i cant really look at my blog and say yeah thats what i did the summer that i had off.

so it would be nice to look at a kickass photo essay and say yeah no way could i have done that if i had had a job.

right now im watching fifty first dates again cuz im a sucker. right now drew just found out that it isnt october, a few minutes ago she ran over a penguin. how cant you love that.

ok so the instapundit and i exchanged some nice emails today and that was nice. when you take pot shots at a guy and call him names sometimes they take it the wrong way and sometimes they get it. im not sure he gets it but i have a feeling that he knows i dont hate him. the truth is i like him and i read his blog all the time and i just want him to play this game fair. and anyone who doesnt think that blogging isnt a game is fooling themselves. especially political blogging. 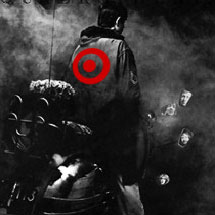 i mean yeah we can all talk about cat food and pajamas but bloggers dont have any real power and if anyone thinks that the election was won or lost by bloggers is silly. michael moore had far more influence on americans and they still didnt give a fuck. so bloggers are just delusional if they think that they have any true effect on the big picture. yes we are all part of the game but individually we’re a tiny part. a speck. a voice in the chorus. a huge chorus.

so after some quick emailing of me telling him that he was linking something innacurrate he told me that as soon as he got home hed investigate my last post and true to his word he updated his post and then linked to it in a new post.

on top of that he linked to my post where i talked about him being wrong and where i called him names. you gotta admit thats mighty classy.

the way i see it this whole thing is just one big swimming pool and it should be treated as a huge splash fight.

laugh as you call someone fat. giggle as they call you a dumbass. duck when someone does a cannonball from the high dive. say poo-poo when someone calls marco.

none of it makes any difference and if someone can get laid off their blog, or some bills can get paid, or if they can score a job off their shit then good, but for the most part all of this is just zeros and ones spinning through the ether, voices in the wilderness, signifying nothing.

the music is great in this movie.

of course the instapundit is dead wrong when he called joe wilsons correction “useless“, and i find it crazy that a respected law professor cant see the difference between wilson saying “My wife was not a clandestine officer the day that Bob Novak blew her identity” and meaning “My wife’s job as a clandestine officer was fucked over and her career as a spy was ruined when Bob Novak that piece of shit outted her as part of payback from the whitehouse,” and a dumbass like me in my pajama bottoms can see it clearly.

on friday when the mr reynolds linked to the quote and said that wilson was letting the air out of his story, even he had to believe that the former ambassador probably didnt mean it that way, because if joe wilson meant it that way it would mean that there was no crime since she wasnt undercover, and this two year investigation would be over deserving of far more than an aside buried into his post. 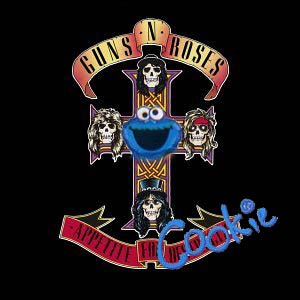 when wilson corrected himself the quote stood as more of an attack on novak as opposed to an admission. huge huge difference.

theres a woman in jail right now. a white woman! reporters are yelling at the white house press secretary. karl roves big fat mouth is shut right now, all because an investigator is trying to find out if plame was covert and if she was who was responsible for her cover being blown.

if joe wilson, her husband, all of a sudden says “oh yeah she wasnt a spy when novak wrote his piece” then it would be the biggest story of the day, not the fourth link of a post on a blog that last summer was devoted to nailing wilson against the wall.

therefore how could his correction be useless?

stil unconvinced that theres no way plame was still undercover? heres an exchange between lawrence o’donnell and tony blankley on kcrw on friday

LAWRENCE O’DONNELL:
Here’s what I think is definitive on this question. Patrick Fitzgerald has represented to the courts that he is pursuing a serious, national security, criminal violation. It seems to me in this grand jury, witness number one — and Tony you’ve been a prosecutor, you know how they assemble cases — witness number one would have been a CIA administrator who comes in and testifies about how Valerie Plame does indeed fit the law’s requirements. Because if witness number one doesn’t do that successfully for the prosecutor, there is absolutely no reason to call witness number two, because there is no crime to investigate.

– via crooks and liars who also has audio

this is where i wish i had a radio show on sirius satelite radio called Bloggers cuz i would have the good professor on each friday the same way al franken has joe conasan on his show every friday. because obviously at the end of the week i have lots of questions to ask my favorite blogger.

who linked me today for the first time in over two years.

i could go on but our time is done.

and tomorrow you will hear at least one new podcast, and maybe four depending on how the quality of what i recorded turned out.

i took the best shower tonight.

its four am so i guess i should bid you good nite.

congratulations zulieka! + i shoulda interned at brooks’s this summer + sk smith + hell to the no, y’all