so i wasnt able to follow up on some of the questions that some of you had regarding comments in blogs.

there are several ways to be a pussy ass bitch regarding comments.

the grandaddy of them all is to be an anonymous negative commentor. that is someone who strolls into a blog, says something negative and doesnt leave a real email address, blog address and/or real name.

theres no reason to be this much of a pussyass. we’ve discussed this before, at length.

but whats funny is theres always an asshole and his friend who will try to defend the practice by saying something completely stupid like, “well shit tony, if you dont want people to say fucked up shit, you shouldnt have open comments where people dont need to register.”

uh, no. thats not a good excuse.

you can send me your panties, nudes, cash, loveletters, your bands cds, dvds, christmas gifts, or even kwanza gifts to 4845 Fountain Ave. #15, Hollywood CA 90029.

you can leave comments here at the busblog or on my Buzznet account at tony.buzznet.com

i am as open a book as can be.

im not in hiding like a jagoff like negative anonymous commentors. and its not because i dont talk shit, because you know from yesterday i talk hella shit. infact i talk more shit than probably anyone.

pretty much nothing that a negative commentor could say could equal the ire that those statements could create.

but the reason that pretty girls want to make out with me, and people read my shit, and my books sell, and people jockey to hire me, is because a) im right about my beliefs b) if im not 100% right im funny in how i present my arguements c) i have the courage to put my fucking name next to what i say

and my precious email address.

which brings us to the chickenshits of the anonymous negative commentors who say that one reason that they dont want to leave their email address next to their bullshit is because of spam – either man made hate mail or computer generated annoyances.

earth to idiot: youre full of shit.

trust me when i say that we’re not at all interested in having an email war with your pansy ass.

and you know what, if you get a little spam in your box, delete it. this is 2005. nearly 2006, spam is one of the very small annoyances of living in this modern world, yes you might get a few penis enlargement ads sent to your ass, but its probably because of some dumbshit thing you signed up for through aol and not because you left your email address on the busblog. 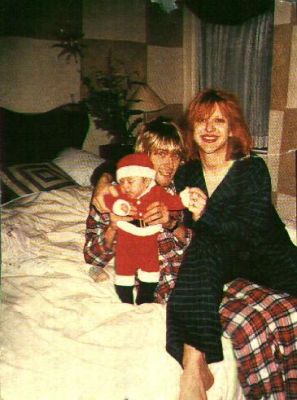 and genius, there are several ways to get around spam like doing something so elementary that i cant even believe im wasting this second by teaching you this but here goes. if your email addy is jagoff@jagoff.com, in the busblog comments just type it slightly off like jagoff@jaggoff.con or jagoff@jaggoff[removethis].com

so yes, if youre going to say something stupid and negative, leave your name. and leave your email address. and if youre really a tough guy, leave your web address or myspace page. otherwise you will be called names and they will be accurate.

just like you wouldnt drop an envelope under someones door and say “youre fat” and not sign it, you shouldnt do that on the web. not only isnt it nice, but thats a dick move.

however, if you wanted to send someone some flowers and a note that says “youre hot and im too shy to say it in person,” that would acceptable.

im all in favor of constructive criticism. yes ive been blogging for a little bit longer than the next guy, and yes people call me the blogfather, but i dont buy it. im not in the technorati 100, im not making $100k a year off my ads, and im not getting that much pussy off my shit. so obviously i have a ways to go.

but i will never listen to someone who doesnt have the guts to put their name next to their whines. ever. especially someone who hides behind the fucked up excuse that they dont want to leave their email address because theyre afraid of retrobution or spam.

i have far bigger fish to fry than to waste my talents getting caught up in an email flame war with some ass who doesnt even have a blog.

i would much rather make a post about it, educate the kids, re-establish the tone and groundrules of the busblog, and then link people who have said something nice about me.

and yes, on average its right to ignore the one or two naysayers in the peanut gallery, but every now and then its good to remind people that its your house, that you have rules, and that you are the master of your domain. literally. and if you can write better than the chickenshits, you should whomp their asses so visciously that no one else dare poke their stupid fucking heads out of that molehole.

its one reason why you dont see alot of bullshit in these comments.

since im a positive person lets start with the good.

as you know there were some issues between the publisher of How To Blog and me regarding the cover of the book.

i was under the impression that the artist Shepard Fairey of the iconic wilding posters that are so prevelant here in Los Angeles and other cities would love to have his images in as many places as possible, which is why he allows for downloading of his posters and instructions on how to put them up.

the publisher was more like, yeah, whatever, it’s still his art and you should probably get permission to put it on the cover of something that youre about to sell a shitload of.

they told me this on friday.

and they put the book on hold unless i changed the cover.

so, i changed the cover. i whitewashed out the andre the giant image and they accepted it. the sales went on as i wrote an email to the creator of the obey/giant revolution.

who i admire greatly.

whose work always makes me smile whenever i see it. be it on the side of a mailbox or a street sign or firehydrant.

whose most recent portrait of the president is so good that the la weekly put it on their cover bleeding fangs and all after he won re-election.

so i wrote shepard an email and i posted about it on the rare chance that he would actually come to the busblog and see that it was a legit request.

little did i know that more than one reader of the busblog knew the good gentleman, and wrote to him on my behalf.

la is a small world. be nice to people.

and before i knew it i got an email from the man himself:

Tony,
It is fine for you to use that image. You have my permission.
A mention of me and my website is all I need.
I’d love to get a copy when it comes out.
Take care.
-Shepard

how unbelievably cool is that?

now heres the bad news, which might not be bad news after all. 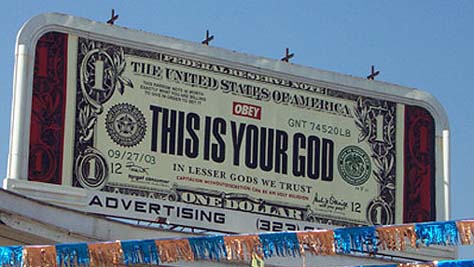 those books, like i predicted, will be incredibly rare. my advice is that you hold on to them. less than 20 were made.

if however you want the official version of how to blog just mail the rare one back to me and i will exchange it for you.

now allow me to say a few things about cafepress

i think theyre an amazing company. i had to talk to them via email and phone about a half dozen times on making this book. mostly because im a dumbass and i hadnt done things right.

every time i talked with them they were friendly and intelligent and polite.

all you can ask for.

they have a toll free number, and youre normally talking to a real person within thirty seconds. love that.

and the product is gorgeous. you really need to see it to believe it. it looks like a real fucking book. it feels good in your hand. the colors are bright, and its shiny. it’s great.

all i need is an isbn number and a barcode and i could sell these to book stores. thats the only suggestion i can give them, sell those things and you’ve done it all.

i highly recommend cafepress for any author who wants to self publish their work.

i can see online when the orders go in, what stage of production it’s in and what, if any, issues are delaying things.

its verrrry easy to change/edit/redesign things. maybe a little too easy. i suggest using a crazy password.

another little known fact is shipping is normal shipping prices, theyre not insane. and they only charge a buck each for shipping each additional book.

again, impressed by the company and by the kindness of strangers.

obey giant + stiff + how to blog