on the side of this blog, because people are spoiling american idol’s results for the west coast.

also regular Twitter is spoiling it, so stay away from there if you wanna watch the show in peace.

however here are some funny tweets in the last 30 minutes or so:

apstew
@ hopes no one tweets who wins American Idol before he has a chance to watch it tonight when he gets home…is it really necessary?

knoosh
@ijustine Justine, you gave it away! American Idol has not played on the West Coast yet!

icadrews
DVR literally ran out as Ryan goes “And the winner of American Idol is David–”
marlinex
crap….i think a just saw an american idol tweet spoiler. logging off until it’s over!

dublwrap
No traffic. No planes flying. No birds chirping. No signs of life. Must be American Idol Final. Bring back Gene Gene the Dancing Machine.

Djade
Unfortunately I am an idiot and just sat at my computer and ruined the American Idol finale for myself. Shit. That was pretty anticlimactic.

Chris_Lott
Well american idol is over what am i going to do on tuesday and wednesday at work?

jkendrick
No power in Mobile Tech Manor!: Oh No! The final live American Idol is on and the power just went off

scottph
wondering how many westcoast @ijustine followers love her for ruining American Idol for them. Classy

chelpixie
remind me not to look at Twitter before I watch Lost on Thursday. Spoilers re: American Idol are everywhere.

scottph
wondering how many @ijustine westcoast followers like how she gave away the winner for American Idol.

amandolinb
Thanks to all those on the East Coast for spoiling the American Idol Finale…. You are AWESOME.

rgremill
Our DVR did not capture the winner of American Idol. So frustrating!!! And the Winner is………

socalgirl
American Idol spoiled for me on west coast next year no twitter before finals bummer..next year consider the time zones when twittering

well spencer has a second blog, a directors cut blog called goldenfiddr that he does on a tumblr platform.

i havent really figured out why youd want a tumblr blog (are they easier than a blogger blog?) but some of the cool kids are getting them so, i dunno.

anyways spence found this cool video of two of my favorite fat dudes: tom arnold and mr chris farley. and they seem to be hanging out in the glendale galleria which is now about to be a sorta white elephant now that they opened a new The Grove next door. whatevs.

– american airlines, starting june 15th, will charge you $15 if you check your bag

– a donkey was arrested in mexico on sunday

– some “green” cars are fast and hot

– a goat survived a baaaaaad 50 foot plunge from a bridge

and before you know it, its over 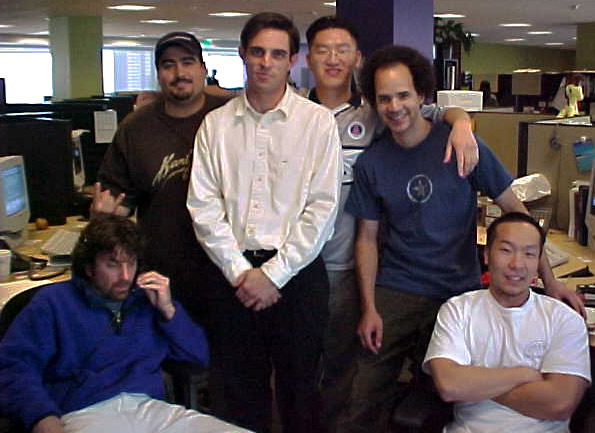 there was a time when i had a lot of hair, had a tiny apartment, had a gf with enormous love for me
there was a time when i had to be at work at 6am and i bicycled there
there was a time when i was totally disrespected
and there was a time before blogging even happened.
long ago before big tvs and american idol and flying cars i was so different.
well, i wasnt different, but peoples reactions to me were.
every now and then i will read a blog post or get an email
and the person on the other end will say that they wanna end their show.
and im not exactly sure why they write me
and not dr phil or their mom or you know someone professional
but all i keep thinking about is that 5 years ago my life was so different
10 years ago it was even more different
and 10 years from now im pretty sure it will be wildly different than it is now
im not saying it will be better, in fact 10 years from now i seriously doubt
that college girls will give me even a fraction of the attention
that they give me now.
wait what.
i totally forgot where i was going.
oh yeah, now is not the time to ace yrself
now is the time to go for the things you want.
hard.