he spoke to a crowd of less than 10,000 at the Gibson Amphitheatre at Universal City right near Hollywood. it was not a sellout.

earlier that week he spoke to bigger crowds back east. at one event Oprah was on stage with him and people had mixed feelings about her influence. it would be the last time they shared an event like that.

but here in LA he had actors and musicians warm up the crowd for him. kumar from harold & kumar was there, 86-year-old James Whitmore was there. Ne-Yo and The Goo Goo Dolls performed. They all said how much they thought of Obama and what a great job he’d do. i posted a huge story in LAist and included lots of pics.

when it was time for Barack to speak i wasnt all that impressed with him. i had heard him before earlier that year speak at a park and i hoped he’d have injected a little more soul into his voice. i was hoping his words would sing more. but they didnt. the people in the crowd cheered cuz they had Hope and they wanted to Believe. but Obama, as we would see throughout his campaign isnt a snake oil salesman, hes an even-keeled gentleman.

hes not a salesman, hes not a preacher, he’s not trying to push on you something that you dont already want. and it might be one reason that he won. (another reason might be because the other party ran an embarrassing race, who knows?) 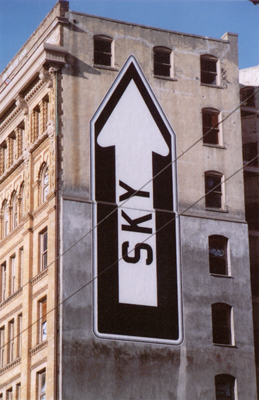 but last year at the Gibson, Barack spoke to the crowd and the whole time i thought, could this guy really be the next president? as a black man myself i was sorta hoping that maybe he could pull it off, but as i took the tram down the hill to the subway i had all but written him off. i was all, nice night, interesting lineup of entertainers, but bro couldnt even sell out a place for $10 a ticket that Marilyn Manson could sell out for $50 a head – how is he going to get a country who voted for Bush twice to pull the lever for him?

a black man who’s winning in some of the polls as he runs for president of the united states.

in california just like in the rest of the world, anything can happen, so have your suit ready.

if you are really being you, and not selling out, and not pretending, and not saying the things that you think people want to hear, you might be pleasantly surprised with what people say in return.

i go to enough rock shows to know that the kids dont wanna hear what the last guy said. they dont wanna see what they saw last week.

they wanna see you.

so have your dress shoes ready and have your black socks in em and waiting.

even though he lost to Hillary in California and several other states, it still hasnt really sank in to me that he’s about to put on his Presidential black socks pretty soon. and once again, im pretty happy to be wrong about first and second impressions sometimes.