i was amazed because she learned almost over night and did it on my iPad!

so yesterday i heard our buddy Ken Layne on a podcast and i was bored from waiting for my life to begin, so i took a little one-minute chunk to see if i could make a funny little video of it

and he loved it.

which means i do too.

it only took me an hour to do.

but more importantly it taught me that this is what i should do for all of my podcasts in the future: find a good chunk, add some funny pictures, and post it on the youtubes.

and wrestles Wonkette away to be all his.

denton also seemed like it was time to sell off the curiously average Gridskipper to Curbed and music blog Idolator to Buzznet,

“There’s a cold wind coming,” Denton told Silicon Insider via IM. “We need to focus on our core titles.”

what world does he live in where Wonkette isn’t core? maybe i can get an interview with Layne later today. in the meantime heres the email Denton sent his troops this morning:

I’m amazed we’ve managed to keep a lid on this news; that, given your naturally gossipy natures, must be a first! We’re spinning off three sites: Idolator, Gridskipper and—this one may be a surprise—Wonkette. There were indeed some rumors about Maura Johnston’s music blog late last year; they were true of course. For reasons that I’ll explain below, both it and our travel and politics sites have better commercial futures outside Gawker than within. (Excuse the corporate lingo: some of it is unavoidable.) But, first, the facts, which will be hitting the wires later this morning, or as soon as you leak this email. Go ahead!

* GRIDSKIPPER isn’t going far: it’s being taken over by Curbed, the network founded by Lockhart Steele, in which Gawker Media is a shareholder. 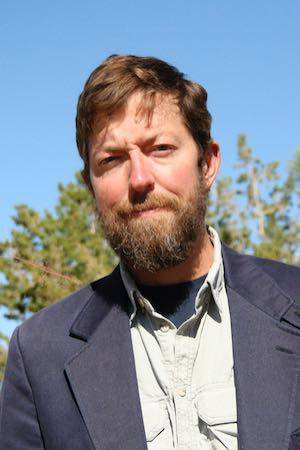 * WONKETTE is being spun off to the managing editor, Ken Layne, former founder of one of the web’s very first news sites, Tabloid.net. The title will become part of the Blogads network of political sites, which includes Daily Kos, among others.

Why these three sites? To be blunt: they each had their editorial successes; but someone else will have better luck selling the advertising than we did.

Music audiences are fragmented across genres; Maura’s Idolator gave Stereogum a good run, but a group with a whole array of music sites will command more attention from record labels than we could. In the case of Gridskipper, our urban travel guide, we could never match Curbed in attention to city-specific content and advertising. As for Wonkette: political advertisers are a strange breed; they don’t come through the same agencies our sales people deal with.

I’m relieved we’ve found pretty decent homes for the three sites, and most of their writers, but we’re gutted to lose them. Idolator’s Pop Critic’s Poll was a tremendous coup—and Patric’s bleeding-heart logo for the site was one of my favorites. Gridskipper is so far the most sophisticated travel blog: it entirely deserved its inclusion in Time’s list of the 50 coolest websites.

And Wonkette is one of the brands with which the company is most associated; people will be shocked that we would ever part with it. The political site has won an array of Bloggies and other awards; it introduced the word ass-fucking into the dictionary of political abuse; the founding editor’s slippers are even on display in the new media museum in Washington, DC. And Ken and his team have brought a new liveliness to the site this election season—validated by the record traffic of the last three months.

So why not wait, at least till the election? Well, since the end of last year, we’ve been expecting a downturn. Scratch that: since the middle of 2006, when we sold off Screenhead, shuttered Sploid and declared we were “hunkering down”, we’ve been waiting for the internet bubble to burst. No, really, this time. And, even if not, better safe than sorry; and better too early than too late.

Everybody says that the internet is special; that advertising is still moving away from print and TV; and Gawker sites are still growing in traffic by about 90% a year, way faster than the web as a whole. But it would be naive to think that we can merely power through an advertising recession. We need to concentrate our energies, and the time of Chris Batty’s sales group, on the sites with the greatest potential for audience and advertising.

The dozen sites that remain represent some 97% or our 228m pageviews per month, and an even higher proportion of our growth and advertising revenue. (Key facts are below, in case anyone asks.) We’ll be able to devote more attention to breakouts such as Jezebel and io9, as well as established titles such as Gizmodo and Kotaku, which are becoming utterly dominant in their domains. And, then, once this recession is done with, and we come up from the bunker to survey the internet wasteland around us, we can decide on what new territories we want to colonize.

Both Noah and I are around to answer any questions. On email, IM, or phone. I’m xxx-xxx-xxx and Noah is on xxx-xxx-xxxx.

congrats to ken, sara, and the readers of Wonkette. it will be fascinating to see what that site can do with Ken Layne running the whole thing.

and special thanks to basart for the early morning email tipping me off.