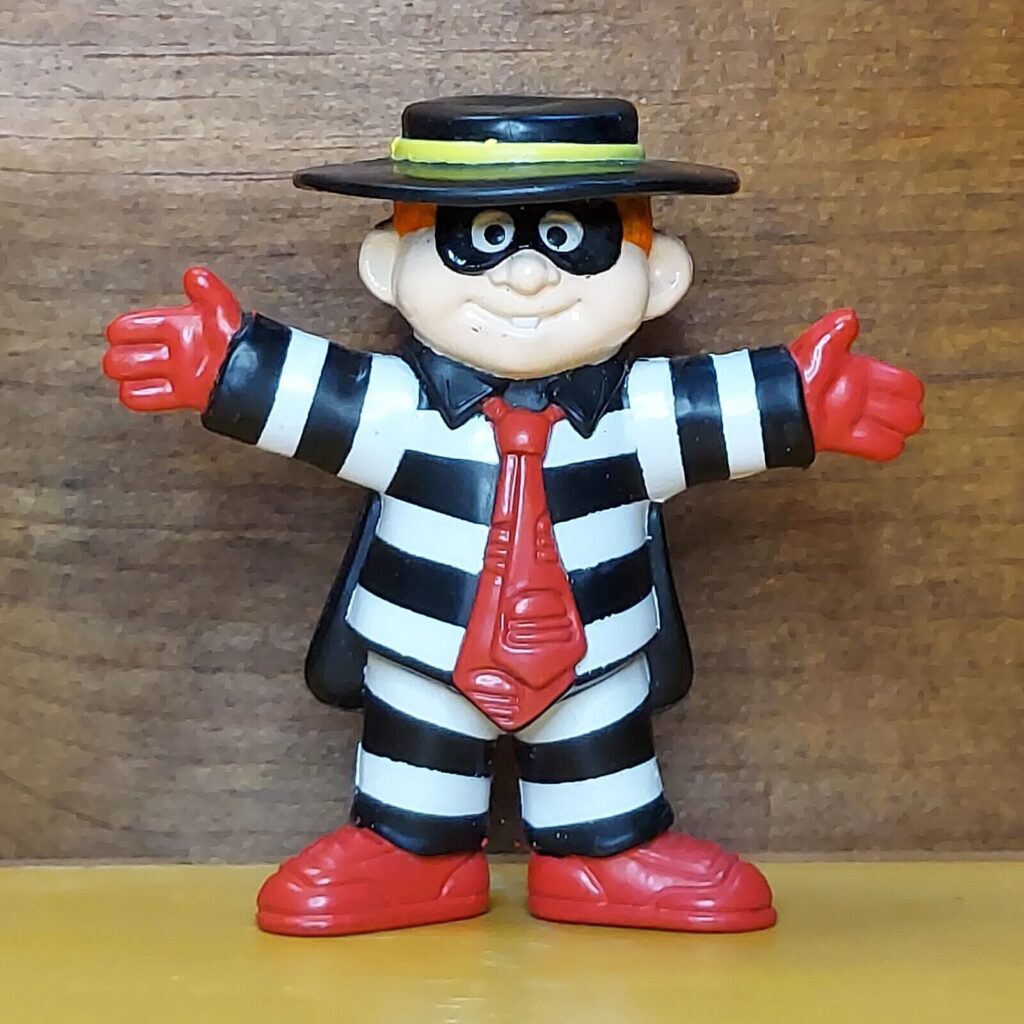 When he got into my car he looked to be crying. He put his guitar, in its soft case, in the back seat and slid in next to it. He was going to the Musicians Institute in Hollywood about 20 minutes away.

I wanted to say “why the long face?” BUT HE HAD A LONG FACE so I just said, “is that one of those 7 or 8 string guitars?”

He was a wholesome looking, young, Chinese student from Shanghai, I learned, who had been here since the fall. I kept asking him to speak up because I needed to know how I could cheer him up.

Finally I turned off the music and said, “look Amigo, you’re in LA now, even if you’re sad, you have to express it. You’re an artist, a music maker. I’m a sensitive poet myself, but you’re in a safe space here. However, there’s no mumbling in this Benz. If you wanna cry, we can cry.”

I took off my Cubs cap to reveal my freshly shaved bald dome, “TRUST ME, WE BOTH HAVE THINGS TO CRY ABOUT. So tell me what’s got you down.” 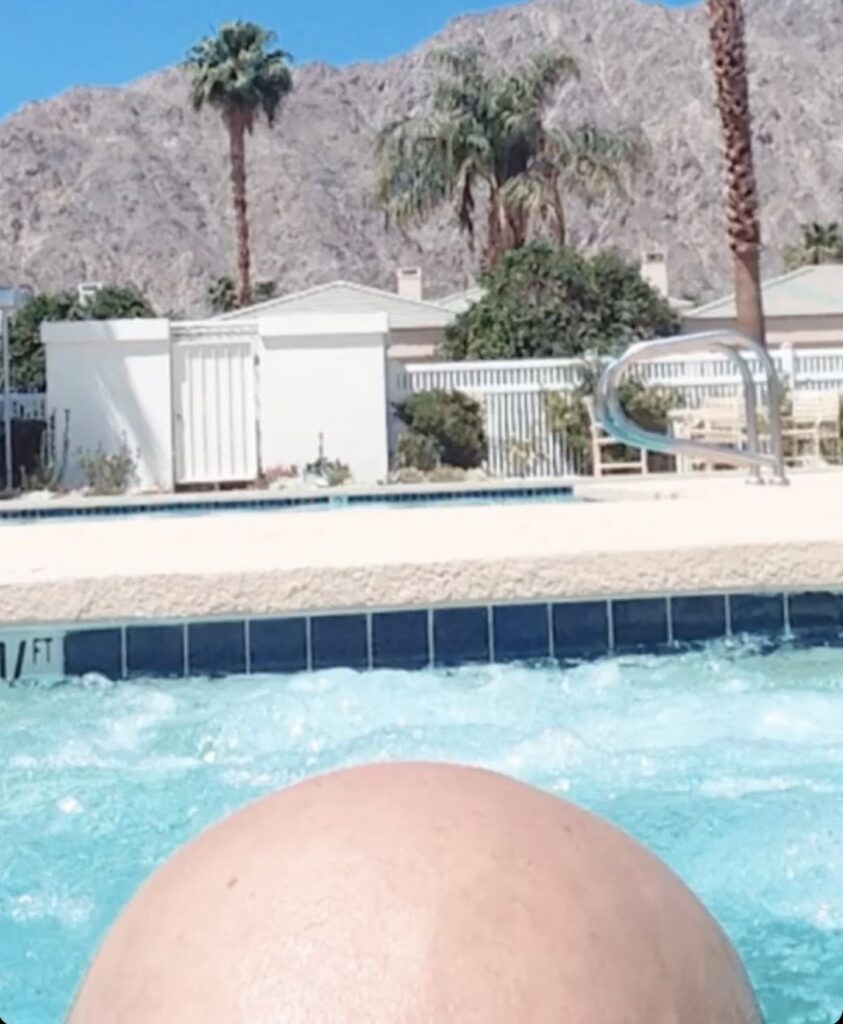 He looked up at me and smiled. I put back on my cap. And he said, “I don’t have many friends. There are many better players in school than me. I don’t fit in. I will go back home to China a failure. I will have to work in a factory.”

OK good, thank you for telling me. Now whats the name of your band? I asked.

He said he wasn’t in a band.

Mistake numero uno, I said. In Isla Vista you’d have two bands. In Austin you’d be in 5 bands. In LA, you need to start a band by the end of this month. Stop being so serious. Just find a bunch of other lonely loners at your school, start jamming, drink some White Claws or some shit and cull the Spirit!

He didn’t say anything. Just looked out the window as we waited at the light in Echo Park. I had picked him up at some cheapass apartment complex near downtown. 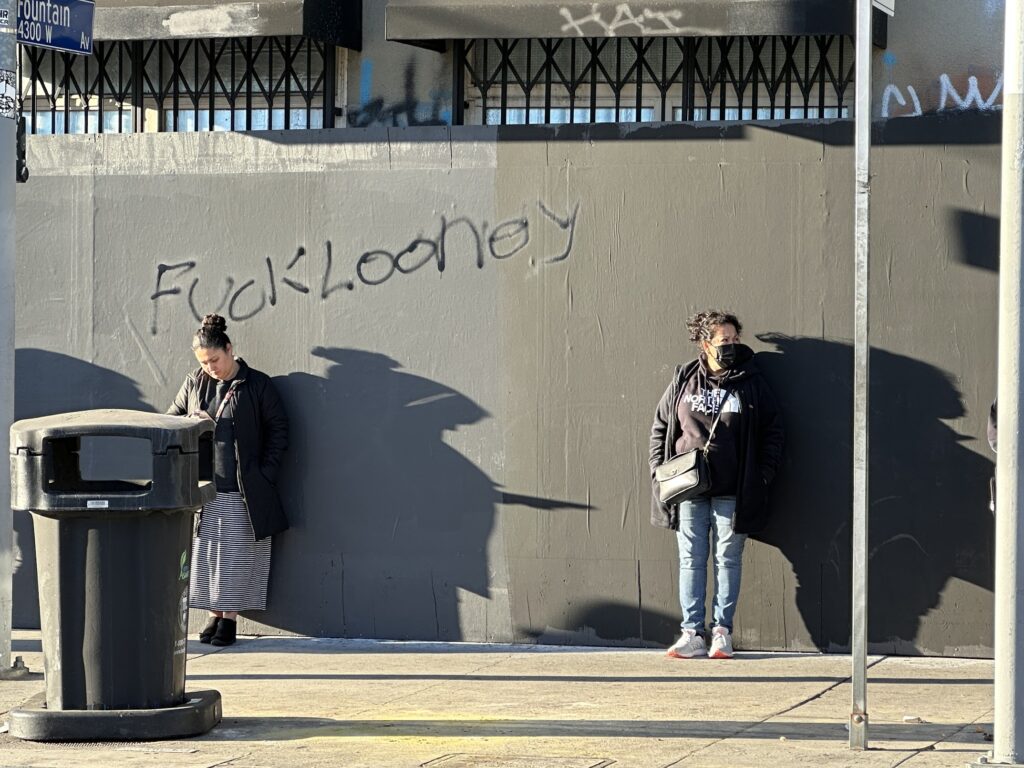 You know what I’m gonna do for you, Chaichi? I’m gonna give you my best rock n roll idea. Steal it, improve on it, ignore it if you want, but pay attention, I am twice your age and have seen most of the great bands and I am so envious that you can do the one thing I cannot do: rock the devil’s banjo.

What you do is get three guys who are even more shy and quiet than you. Tell them to get matching outfits. Doesn’t have to be fancy. Maybe matching tshirts and the same color pants. They will be the fake band. Give them a name like 69 Count Topsheet. It doesn’t matter because no one will remember it.

They will get on stage, and as soon as they start playing, you and your actual band will bust through the doors dressed as burglars. You know what a burglar looks like?

Bro said no. So I pulled over, searched for the Hamburglar on Google on my phone, showed it to him and went back to driving. Was I making him late? Details, details, I was changing his life. 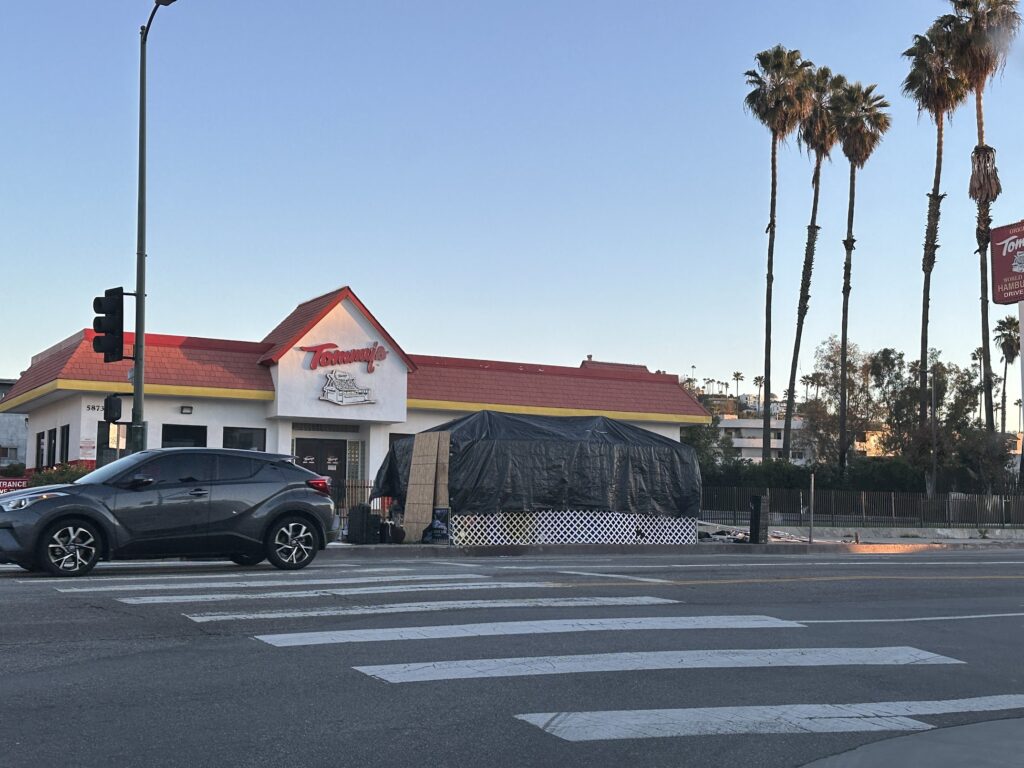 So you and your band, dressed as Burglars: striped shirts, black pants, and ski masks with eyes cut out, grab 69 Count Topsheet, tie them to each other with rope, another one of your friends, also dressed as a burglar, with his hand in his hoodie pocket yells at them DO NOT FUCKING MOVE!

Then you grab the mic and say “WE ARE THE MOTHER FUCKING BURGLARS AND WE ARE GONNA STEAL YOUR HEARTS. ONE TWO THREE FOUR”

And you rock, you man.

I don’t know if they believe in the devil or dragons or eagles or thunder or darkness or what over there in Shanghai but you embody it for 45 seconds of yelling and playing and staccato rhythms and the tightness they probably teach you in those worthless Fusion classes over there.

Then use it in the punk rock. And after that 45 seconds, the Burglars stop on a dime, theres a breath silence, and then you solo as fast as you can.  Show that crowd of 13 people what you have up your sleeve. Rock out with your cock out as the Bard used to say.

And then you stop on a dime again and you say. Thank you, this one is called “100 Miles And Runnin'” from our favorite band N.W.A and you play the fastest version anyones ever heard of that song.

Doesn’t matter. Learn it. Teach it to the boys. BE WORTHY OF YOUR INSTRUMENTS. And fucking deliver that shit down the gaping maws of the 20 people who have suddenly appeared in the crowd.

One thing tho, do not say the n-word when you sing this. Say Ninja, I advised.

“What is the n-word?” he asked, intrigued.

Look it up. Never say it. Ninja. Only say ninja.

Then play one more song. Don’t make it longer than 2 minutes. And when it’s over, run out with their guitars to your awaiting van, and speed off. 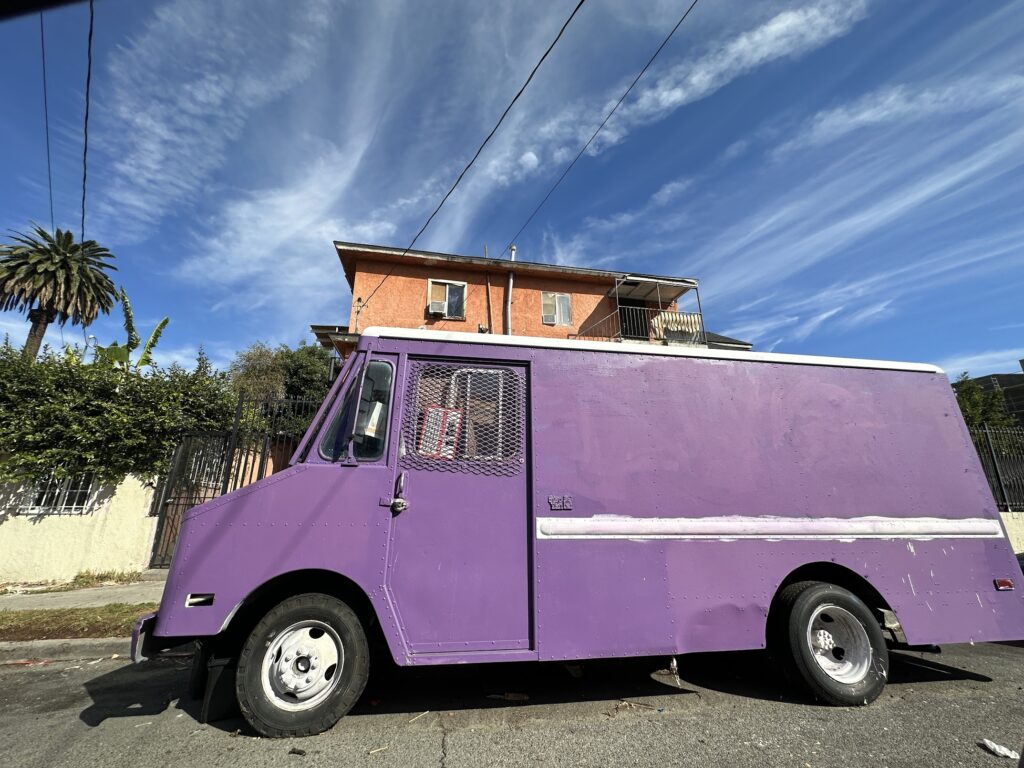 But you’re not speeding anyway, you are driving around the corner. There you will tear off your burglar clothes, and put on your cop outfits. You will then run into the club and say “WHO CALLED 911?”

69 Threadcount will say “THE BURGLARS STOLE OUR EQUIPMENT!”

And you, as a cop, will say, which way did they go?

And then you will run back out and, Friend, if you do this right, all 30 people who witnessed that will never be able to stop telling their pals about what they saw. It’s theater, punk rock, and if you’re any good at that six string: true rock n roll the way the Blacks intended.

The Burglars, he said.

The Burglars, I said, and turned back on the radio. 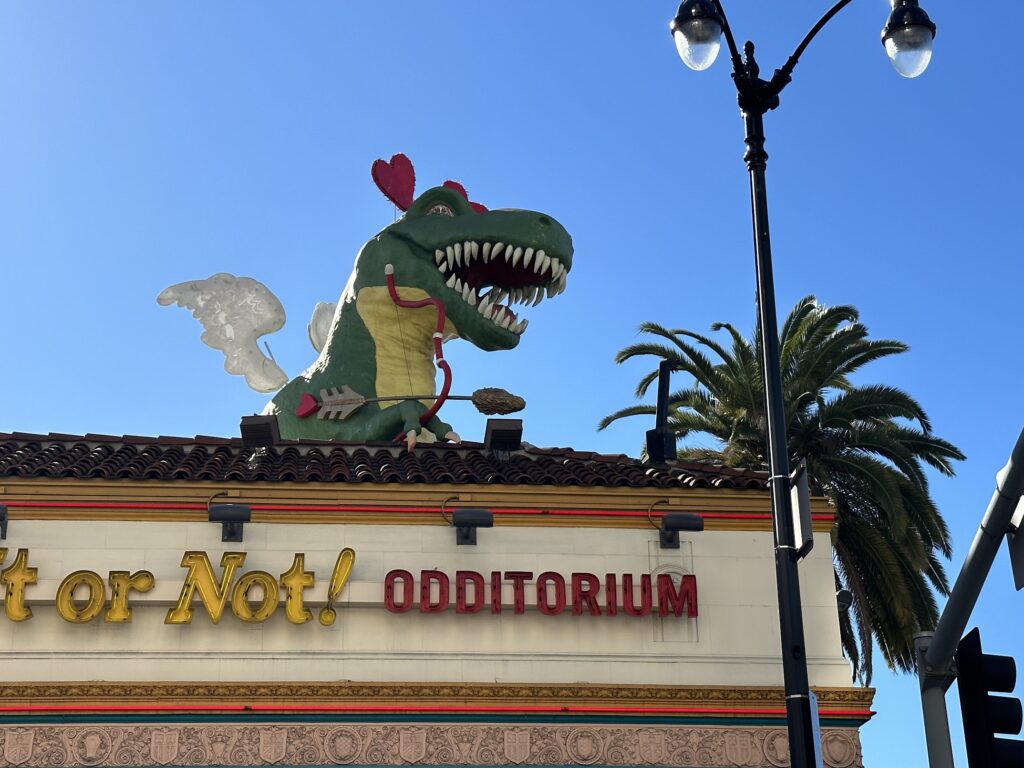 Who brings an album to school?

Somehow a record player got rolled in on a stand with wheels usually used for a little movie projector. The kid opened the album and put it on the turntable

I had heard Van Halen before but it never really cut through me like it was doing. My heart was beating. Pounding.

Before I knew it “Everybody Wants Some” saw our backs were against the ropes and came in for the knockout.

Was this band playing in the jungle?

How was this fair? Where were the teachers?

Just two years previous I had kissed a girl for the first time and couldn’t believe it. Two songs in and I felt the same way about whatever brand of rock this was.

You can talk in the middle of the drum beat break down?

‘i always liked those kind of high heels, too.’

Previously kids had brought a few things into school over time that were cool.

But this was better. And I understood why he brought it in.

so sad bc both were seemingly the type of men

you’d want all men to be.

dave had the foo fighters playing all the time, year after year

etienne and i saw them at a damn video game convention

and they put on a damn two hour epic concert..

last time was at the Sound City show at the Palladium

get in the van and rock.

Is there a song that instantly turns you melancholy and maybe brings you back to high school immediately?

Mine is the Kinks’ “Don’t Forget to Dance.”

My senior year of high school my girlfriend moved away and I needed to find a date for prom.

One of my friends had recently broken up with a girl who was pretty but I barely knew her. We went on a date. I think I took her to Rocky III or something.

I wasn’t sure if I wanted to ask her so I said a little prayer. “Dear God, if the next song on the radio is good, I’ll pull over and ask her to prom.”
It was this Kinks tune and I figured wow, what a *sign* – not only was it a rare good song on the radio but it was about dancing.
I asked her, she said yes, we kissed. But prom with her was bad. Turned out auntie flo arrived and she didn’t know how to tell me because we barely knew each other and she didn’t really feel up to dancing.
So I danced with my friends, all the while thinking of my ex gf who wrote me every day from far away… California.
So any time I ask Alexa to play the Kinks I sorta want her to play this but I sorta don’t.

because it taught me that everything can be improved

even things that have been done 475478 thousand times

and it can be fun

and it can be creative and dangerous and exciting

i want to do something like this one day

one of them insisted we wear masks, so why not

we talked about so many different things and fortunately they all took turns and included each other so it was a very even mix, which is hard to do with rock bands with four members

i was very nervous though. which is fine

it’s good to feel like somethings on the line.

for example, i am very interested in a booty call very soon from someone special

but im nervous because theres still a plague going on

what if i get her sick, what if she gets me sick?

is all of this worth it?

but we have to live. we get to live.

but what if this is how i go.

or, worse, what if it kills her? and i was responsible?

all because i wanted to feel another person for a little while?

i would never forgive myself.

thus i interview bands instead of hold hands with glam godesses.

pretty sure i did pretty well in the interview

did i talk too much: yes.

was i excited to talk with someone who knew a few things? yes.

did i then use that confidence to call this podcast guest who has been hard to nail down?

it was a 90 minute interview

he made fun of my laughing, my socks, and how long of an interview it ended up being

but he appreciated the gift i gave him

my first 13 concerts were

how did you think id turn out?

even though i took a nap after dinner

am i stressed? am i love lorn? am i worried the cubs are gonna trade all their good dudes?

did i really break up with my shrink?

did i really make incredible rice a roni with tomato chunks and beyond beef?

am i gonna starve trying to do this podcast?

am i gonna irritate everyone with this podcast?

are the cops gonna kill me for criticizing them on twitter?

between you and me i sent in an application to work at one of the streaming services.

between you and me i dont think ive had female companionship if you know what i mean all year. what if i get shut out this year completely?

will i find water out of rock?

will mana come down from heaven?

i think so too.

Here are The Temptations, The Miracles, Stevie Wonder, Martha and the Vandellas, and The Supremes at EMI Records in London, March 1965.