dude i totally know what you mean about a-rod. but fuck a-rod, we dont need that shit. i know he’d hit 100 home runs at wrigley but fuckit. and we dont need nomar neither.

i know you think catchers dont matter much, but they do. pudge is the one who held that marlins team together.

hes the one that called the pitches so that beckett could look so good.

and the ladies love pudge.

i dont see how you dont love pudge.

oh raymi, why must you live in maui and i live here on the big island.

why must finding true lust be so damn hard.

any time you update, that turns me on. 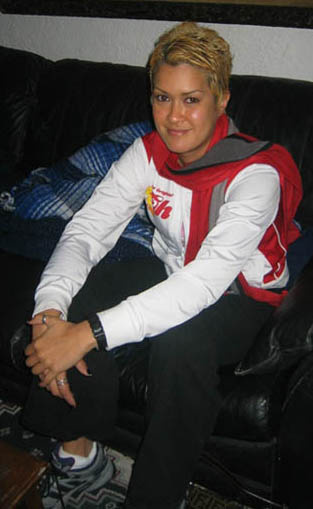 thank you for the invite to the pink cookies christmas party. i think i want to go. i should say i know i want to go but i think i will actually go, which is weird cuz i dont go to anything except tsar shows.

why havent i seen you at many tsar shows?

why havent we hung out more?

it was nice seeing you at the whitestripes show this fall. what a surprise to see you there. but not really, youve always had great taste in music.

is she over me yet?

it’s hard. i know, but shes pretty cute, im sure she’ll land on her feet. is she still bartending? thats hot.

ok, well i just wanted to tell you that im thinking of you and im stoked that you got the Pussycat Dolls account. what a perfect match.

by the way, dont think that i want to stay at cafe press forever with my swag. i just wanted to throw out a few ideas and see if people wanted some stuff.

ive always thought the world of you.

she wanted to meet karisa, who was about to come over to loan me the keys of her truck for a few days, but it was just taking forever so we laid on our backs making little waves on the waterbed passing the remains from the jug of bacardi back and forth back and forth back and shes skinnier in real life, cute but fragile, everyone says they like how my afro has grown out and its big now and thicker and i would take my hat off to rogaine, but its not that perfect, not yet.

i have about ten thousand new years resolutions and the first one is to stop dating millionaires and sorority girls. im hanging tight with the cheerleaders cuz they can dance and as we know dancings everything. that and kissing. she said what do you want to do with your life tony pierce and i held her hand and watched the ceiling spin, wed been waiting for karisa for a while and the bottle slowed down but it wasnt gone yet. close though. i said i want to be a taxi driver.

she said but you’ll get shot. i said then i get shot. she said will you carry a gun, i said come on. i told her that i would get one of those gps things that show you where you needed to go and she said cab drivers are supposed to know i said too bad, rich girls are supposed to be smart. she played with her hair and i played with mine and she repeated supposed to a few times ending with one that she sorta sung and she said i spoke like a man who was hung.

the princess of sweden has a secret blog and she asked me if i had any tips on keeping it secret and i said yes. she said i will pay you i will love you i will kiss you i will have you if you only tell me how i can keep my deepest most private thoughts private in a public blog i said heres what you do and you dont hafta pay me anything. she said y not. i said cuz its christmas. she still gave me a kiss.

i said put a picture up of someone not so attractive and lie and say its you. i suggest drudge. then dont put up any more pictures at all. also take polls like which case of sexually transmitted disease are you? or which completely forgettable sting song are you. or which brand of low tar cigarette are you.

youre as trendy as acid washed jeans, and just as played out. you follow the crowd like a sheep, you’ll end up fat and stupid, you’ll die alone and cold and barely middleaged. you listen to coldplay and write down the words. nobody ever remembers what you say. one day you’ll smoke parliaments, but you wont really know why.

mix your real posts with ones that talk about how much you hate traffic, or how you got screwed while trying to get customer service to help you with a problem on the phone, go into great detail about how your boss doesnt understand you and how you keep getting overlooked for a promotion. dont link anyone ever who would ever link you back.

tell us how much you love your boyfriend and how clever your cats are and how people should give britney a break. write about the weather, write about nicknames you and your friends have for local haunts, pretend that anyone in the world would care about what classes youre taking in college. make it so that when people land on your page the cursor turns into a star or a unicorn after a three minute delay.

fuck up the dates so it looks like you havent posted since june. once a month apologize for not updating and explain that you were super busy. talk about jesus.