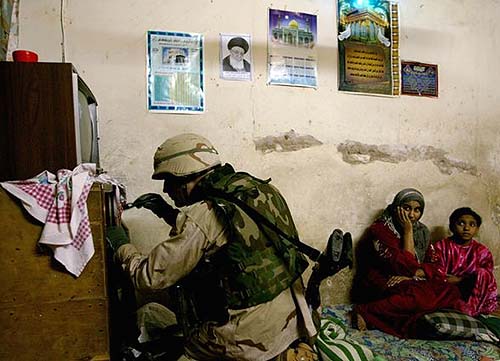 to write on the Lick blog

then today i thought, maybe the ladies dont know how easy it is to write for Lick and the Lick blog.

if you want to write for Lick, just email me at my brand new email address:

i will give the story to the lovely designer, ms raspil iverson of bluecad.net and before you know it it will be in Lick Magazine, the finest online web zine written and designed entirely by women.

if you would like to write for the Lick blog, just email me at the above address and let me know your intentions and i will invite you to join the blog via the blogger interface.

it really couldnt be more easy.

but this is what we have now.

i want to hear from you.

america wants to hear from you.

canada, who’s as sick about american politics as i am, wants to hear from you.

why should you write for Lick?

to share your deepest darkest secrets that really should be let free.

cuz it will get read.

lets face it, i dont even know when the next update or issue of Lick magazine is going to appear. which means the best way to get to tell the world about your run-ins with sex drugs and rock just might be the Lick blog.

the choice is yours and it can be changed.

do you really want a bunch of sweaty dudes telling us about the first time they ever got it on with twins?

i want to read about the first time you got it on with twins.

write me. make the Lick blog live up to the coolness of the Lick mag.

do it before its too late.

do it with someone you love.

tomorrow is tina‘s birthday, but since shes canadian, its happening right now.

actually they dont. i wish they would. but they dont.

i seriously became a Christian while in college, my senior year. i had already taken two Bible as Literature classes where i had to read large portions of the good book, but i didnt “get it” until one day when i was reading it for leisure, and then everything suddenly fell into place.

i had been raised Catholic, but nothing ever sunk in. i went to church occasionally in my youth, but rarely out of my own choice, even though i had always been interested in God, religion, and indirectly, Jesus.

one of the most telling times of my life was when i was 11 or 12 years old and i was at a Christian summer camp outside of washington dc. at around noon i was given the choice of playing basketball, something i loved, or taking Bible study. i didnt even have to think twice, even at that young age i wasnt interested in the trivial rituals of the Catholic mass as much as i was curious and fascinated by this alleged holy text.

i remember nothing from those afternoons in that little chapel, but i do remember feeling something spiritual, imagined or not. a very different sensation than anything ive ever experienced in the secular world.

regardless, since that summer i never read the bible until college and it never “spoke to me” until i was about to graduate.

whats interesting is how it spoke to me.

for seven years i had been a struggling college student of english literature. over that time i had a variety of teacher, all of whom had similar ideas about what made for good stories and fine writing. when i read the bible for the third time i started reading it as a lit major, and it dawned on me that the bible was everything that i had been taught made for great literature.

it had a variety of believable characters, it was written in a clear manner of short descriptive sentences, very few adjectives and adverbs, light on the flowery phrases, and heavy on the quick movement of plot.

at the center of my fascination was the description of God who throughout the bible goes through many changes. all through creative writing classes i had been warned about flat characters who are predictable and who dont grow. here was the Creator of the universe who on one hand was supposed to know the begining and the end of things and yet acted very much like a human when he banned Adam and Eve from the garden, when he killed most of the planet with the flood, and who didnt allow Moses and most of his people reach the promise land.

if the bible was nothing more than edited propaganda, sliced up and re-written by church leaders over hundreds of years, they certainly knew nothing of propaganda. this was a god that only a half dozen characters ever truly believed in, followed by a messiah who even less believed in. if it was indeed propaganda it was reverse psychology at its finest.

to me, however, it was as honest and as real and as human as could be. trust and faith do not come easy to humans, of course they wouldnt have come easy for a man/god like Jesus, and the bible described it the way i could see it happening now: even after healing the sick and performing miracles day after day, Jesus’s disciples still didnt view him as God, and even Peter, his rock, denied him all the way up until his death.

probably because of my long slow journey in “getting” the bible, i have never been compelled to try to convert anyone into my belief that Jesus is God, because i seriously doubt that anyone could have converted me. here i was open minded and willing for most of my life, i read the bible on several occassions, went to church, even watched televangelists, and it didnt take. how on earth is one person going to convince another person as to something which at its root is so incredibly personal?

so personal that i take the next step in believing that i didnt “get it” until i was ready to get it. im glad that i believe in the bible due to the literary aspect, cuz that makes sense to me. if i had “seen God” during an acid trip or became “born again” after a huge tragedy, im not so sure it would have stuck. im not sure it would have seemed geniune to me.

but now when i read the bible and know that it was written by dozens of writers and individually and collectively it reads better than any one particular short or long work helps me believe that this was the will of a higher being.

and as a writer and a reader, it’s important to me that my savior writes better and tells better stories than any one else.

the only wish that i have is that other intelligent young people who read dozens of books a year, try to read the Good Book this year. it baffles me how such well-read intellects, liberals even, hungry for political knowledge and artistic inspiration turn their backs on the most controversial and central work of literature of all time.

im dying to find out what my peers would discover, and then teach me, about their take on this fine read.

but i remember how difficult it was for me to get beyond the first few chapters on several attempts, and so i remain patient.

i wish you all a happy and enlightend Easter, probably the most important day in the religion I believe in, Christianity.