i’m the guy who shut off the baseball game last night.

before i begin i would like to thank the good people at tonypierce.com for allowing me this opportunity to explain myself, tell you how sorry i am, and beg forgiveness from you.

i have never been a bright individual. my parents were dullards, my schooling was subpar, and i ate a lot of paint chippings from my grandfather’s barn.

i dont what the hell im doing, and i never did.

but i love baseball, the history, the tradition, the pagentry, the rivalries.

you might forget, but i was the one who thought up Interleague Play and implemented it, despite public opinoin, and history, and tradi… but you love it. you know you do.

im the one that got all these immigrants to play here. guys like ichiro whose voice youve never heard. and those cuban brothers. and john rocker.

michael jordan quit basketball because he wanted to play baseball.

so go ahead and boo me, ingrates.

i didnt even know you cared about the all star game. i dont remember too many of you voting.

but suddenly you care about it, infact, you even care very much about who wins. and why is that? because of me, thats who.

in 1994 i canceled the world series. i wasnt even technically the commisioner at that point, but i made you care passionately about it.

absence makes the heart grow fonder, and by taking the world series away from you because we owners disagreed with the players union, poof, you loved and subsequently missed the october classic. genius, if i do say so myself.

sure the judge ruled in favor of the union when we went to court, and said i was totally wrong, but im not wrong when i say you will never forget that lost world series.

but i have one question for you, the year before i yanked the world series away, the average attendence was 31,612 a game. if you missed baseball so much during the strike why arent you proving it by coming back to the game?

ive juiced up the ball, ive let people use steriods, ive let steinbrenner cheat so that you can hate him. just for you, america.

all these home runs people are hitting nowadays, you didnt see anything like that before i showed up. 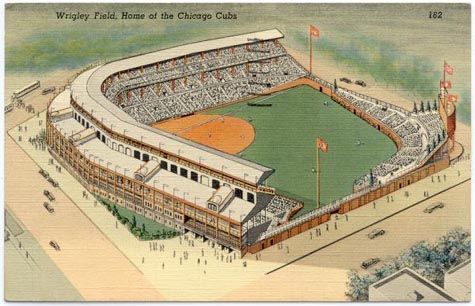 guys have hit 50 or more home runs in a season 34 times in the history of baseball, 18 times players hit over 50 in the 8 years that ive been around. so blow me.

since ive been around you’ve seen a ton of new baseball stadiums.

i can’t believe that the cubs havent torn down wrigley or the red sox havent demolished fenway so they could build a brand new replica impoved with sky boxes, swimming pools, and ELECTRIC scoreboards, hello, we have electricity now. but whatever. what do they know?

i know theres no real Monday Night Baseball on ABC in primetime any more, and theres no saturday afternoon doubleheaders on NBC, but theres bobbleheads now. bobbleheads! when you think of bobbleheads you really should be thinking of me, because i made you fall back in love with them.

and God have i made you love that gambling fool Pete Rose. you people used to boo him as a player, but every year when we put people in the Hall of Fame, there you people go on and on about how he got more hits than anyone whoever picked up a bat.

you know who has a lot of hits?

and last year was my best year. the mariners got more wins than any other team in baseball, it was a great world series with a very new team playing the bronx bombers, seven games, bottom of the ninth drama. what, are you going to give all the credit to byung-hung kim? come on, now.

yes, one of the baseball parks last year was called Enron Field, and the owner of the twins loans me money from his bank, and we owners lost our collusion case a few years back, and we probably lied to the senate committe when they asked us how much money we make.

but if it werent for me, america, you’d never really realise how much you love this game.

theres no lightness without the dark, no pleasure without pain, no love without hate.

boo me, baseball fans, it wont be the last time i ignore you.

anyway, sorry about last night, i should have had ichiro tell you to get the hell out of my daughter’s stadium instead of the faceless public address announcer.

i promise the next time i prematurely end a night’s festivities i’ll pick a more familiar face for you to throw things at.