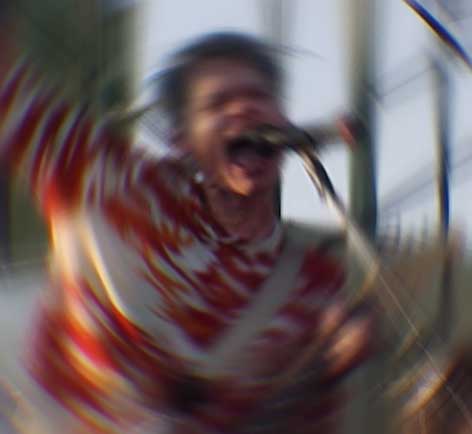 it’s a semi secret show so only tell your closest friends.

but here’s the catch. its a super early bird special time.

apparently theres a certain record exec that wants to look the boys over before he hands them a wheelbarrow full of moola, and you know these characters, they go to bed early even though theyre in the rock and roll business, so when you go to the Dragonfly tonight, get there by 8:30 and definately not after 9pm or you’ll miss the best band in america as they play mostly new tunes.

It’s 21 and over unless you’re from Boston and you’re accompanied by your mom.

The Dragonfly is conveniently located at 6510 Santa Monica Blvd. in Hollywood.

On an entirely unrelated note, since no one bought it and since i got a bunch of emails about it, I have put Wizzy the wisdom tooth back on the auction block. Bid away DNA collectors and tooth lovers, and those looking for Lisa Lopes morgue photos in vivid color detail.

amoeba records held a sweet party of sorts, last night at 7pm, and the guest of honor was a half hour late. paul westerberg arrived fashionably late, took the stage. and when he did, he tripped and fell right on his pretty face.

and nothing had changed and all was good in the world.

amoeba was packed for the free show to launch the new westerberg double album released by Santa Monica indy label Vagrant. so packed that they had a line of people outside the cavernous record store allowing people to enter only if people left.

westerberg played an hour of material spanning his entire career from the painfully direct “unsatisfied” on 12 string acoustic, to some of his newest tunes on electric. the crowd shouted out requests and westerberg fired back self-effacing retorts.

“she’s applauding every time i hit the right chord. thank you.”

afterwards, those who chose to wait over an hour to have their cds signed and take pictures with the former Replacements front man, were treated to a very generous treat. westerberg took his time with each and every fan, taking pictures, and personally autographing whatever they placed in front of him.

i happened to have my super secret hand-written journal on me since i came to the record store right after work and i said, “would you mind signing my diary so i can put above it, ‘today i met Paul Westerberg’?” and he said, “well, what’s your name?”

and i said my name and he wrote:

and then i went outside and screamed like a girl. 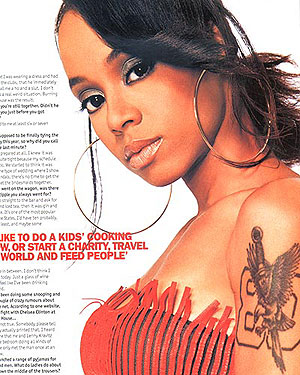 Lopes, 31, was in Honduras for a vacation, Arista Records’ senior vice president of publicity Laura Swanson told The Associated Press. Lopes was reportedly among seven people in the car Thursday night and the only fatality.

“No words can possibly express the sorrow and sadness I feel for this most devastating loss,” said Arista president L.A. Reid, who helped shape the career of the popular Atlanta-based R&B group.

“Lisa was not only a gifted and talented musical inspiration, but more importantly, she was like a daughter to me. My thoughts and prayers are with Lisa’s family and friends. Her legacy will be remembered forever.”

The location of the car crash was not immediately determined.

TLC, which also includes Tionne “T-Boz” Watkins and Rozonda “Chilli” Thomas, were the Grammy-winning group behind such hits as “Waterfall,” “No Scrubs” and “Unpretty.” Their latest album was “FanMail.”

“We had all grown up together and were as close as a family,” the surviving bandmates said in a statement Friday. “Today we have truly lost our sister.”

TLC had recently been in the studio working on a new record � due to have been released this summer. Lopes had tried to release her own album last year called “Supernova” but the project was shelved.

In 1994, Lopes pleaded guilty to arson in a fire that destroyed the mansion of Altlanta Falcons receiver Andre Rison, her boyfriend. Lopes was sentenced to a halfway house and five years probation, plus a $10,000 fine.

Lopes admitted she started the fire after an argument with Rison. The mansion was valued at more than $1 million. The two said last year they planned to marry.

TLC sold millions of records since its first album debuted in 1992. But with success came turmoil. The trio declared bankruptcy a few years ago, citing poorly structured recording contracts.

But in an interview with the AP in 2000, Watkins dismissed talk of a serious rift.

Within in past few months, Lopes reportedly signed a solo deal with Suge Knight’s Death Row label to put out a solo project under the pseudonym, “N.I.N.A.” (New Identity Not Applicable). She also helped start the group “Blaque,” an R&B trio who had the hit “Bring It Home To Me.”