the LA Times, which rarely gets anything right, mostly because theyre a monopoly, whatev, published a column today about Six Apart, the company that brought you Movable Type and TypePad.

We’ll forget that the journalist chose to only interview the principles of the start up, Ben and Mena Trott, and one of their investors to tell the story, cuz you know, whatever.

And we’ll forget that the writer just tossed out the idea that Google’s Blogger software is “largely free and aimed mostly at novices,” cuz, you know, free means it doesnt matter, and novices … dont matter either?

And we’ll forget that the busblog has been happily on the Blogger tip since we began, but am i a novice? Is Raymi? Anti? Matthew Good? Flagrant, Leah, Zulieka, Bob Mould, Heather Havrilesky, or Rupaul?

call me crazy but one reason i like using Blogger is cuz it’s free. i also appreciate that Google is behind it. yes there are ups and downs to either platform, but in my opinion i would much rather have the brainiacs at Google trying to figure out whats up with Blogger the few blue moons where it’s having issues, than to have to try to debug Movable Type like i see my friends and others have to deal with all the damn time.

obviously, in the political blog world i would be in the minority, as most of them choose to have full control of their blogs – which means being fully in control when things break.

but the LA Times should know that the political blog world is just a portion of the blogosphere, and far from the majority. which is one reason why Six Apart bought LiveJournal eariler this year.

am i expecting the LA Times to know the subtle (and not so subtle) differences between LiveJournal, Blogger, Blogspot, Movable Type, Diaryland, Xanga, and the others? dude i’m happy when they spell Los Angeles right, so no, my expectations are very low.

but why would the LA Times ever want to inject a local angle into anything… ever?

plus we Blogger bloggers don’t matter, cuz, you know, we’re novices who just use free software to dick around in our pajamas. Lord knows none of us would have a rebuttal to the investor of Six Apart who was quoted in the end of the article who shockingly said, “The future of blogging is not about bloggers who want audiences of thousands. The majority will be those communicating with four others or so.”

I, for one, have never met a blogger who would prefer to have an audience of four instead of an audience of thousands. Nor have I ever seen anyone who started a blog to share with their four closest friends. When people want to write something for four friends its called an email.

Which is also free, and therefore doesn’t matter, I assume.

Fuck the LA Times who insist on letting their writers cover shit that they dont have a clue about and aren’t interested in telling a real story. 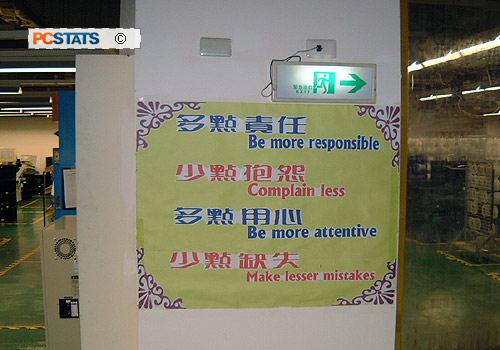 and i tell em it’s easy not to blog about work. just like it’s easy not to say oh man look at that hottie, when youre holding your girlfriend’s hand. you can think it, you can say it later to your buddy, but only an idiot would actually write it in his blog, even if his blog says “nothing in here is true”.

besides, the xbi is an oasis of enlightenment. people love me and respect me and appreciate the fact that ive been here for close to four years now and have culled some sort of expertise in my field. they listen closely when i say things and they reward my vision with compliments and support. i have no complaints about this place whhich is why ive stayed here for so long.

dont you think a guy like me has been approached by tons of companies who could use an eternally optimistic superhero who can communicate well, make people laugh, and spot problems before they become problems, and put out fires as they happen while staying cool under pressure? of course. and people throw money at me and i throw it right back. money. who needs it. its not freedom, its slavery.

freedom is having a lifestyle so bare bones that you’re not bound to any one source of income to live comfortably.

but the thing is, we as humans are addicted to self-induced enslavements. mortgates, marriages, car loans, long term contracts, leases, payment plans. i didnt need to make this swedish girl my girlfriend, but i did. why? because i too paint myself into ridiculous corners that prevent me from being completely free. 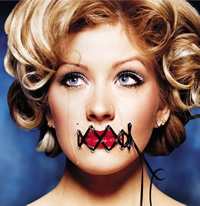 and even though i had no plans to stop the bus, when i accepted his proposal i did get a little twinge that was all, “shit, what if i want to shut it down for a few months and run away to my desert hideaway and lay low, i cant because i made a promise to that dude.”

i had the same weird feeling when i signed the contract with Project DU to keep their button over there on the left side. i was all, the money is nice, but there goes a little bit of freedom. all cuz of money.

now there are other people approaching me. theyre promising money too. i cant tell you what they want me to do for this money but its all legal and legit and im actually, for once, qualified to do the job that they want.

this weekend i procrastinated doing it. and the only reason that i can figure out is because even though working at the xbi is a have-to (“i have to go to work”) and these other things are get-to (“i get to do cool shit for money”), i am fiendish about my freedoms. and sure the trade off is if i stay so hard headed i will never have a house or a car or probably a family, but i will have my freedom.

the other day hunter s. thompson blew his head off. ten years ago one of my other heroes, mr kurt kobain blew his head off too. both of those dudes seemingly had lots of money, and seemingly the freedom to tell people to fuck off if they wanted to. not to mention the fact that they were respected and could have written about work if they wanted. and still they checked out. the question of course is why. why would they do that. id suggest that its cuz they felt obligated to something that they didnt want to do any more. more specific than just “life”.

kurdt obviously was obligated to be the voice of his generation. which sucks. nobody wants that. and he was obligated to front the coolest band in grunge. and he had to slam dance that fine line between punk rock and pop. selling out and keeping it real. plus he married that crazy woman. plus she had a kid. plus his stomach hurt and his drug addiction. but still there was something that was stopping him from going to hawaii and chilling out. was it his obligation to the needle? was he a slave to the drug? perhaps. then what was hunters problem?

all i know is theres some major crime to fight today and i wanted to say hey and wish you all a happy monday and tell you that a week from today im going to be in austin texas at sxsw. an obligation that to be honest, id rather not do because im a homebody, but i realize that sometimes you have to get out of your little house in the bottom of your tree and go out and have an adventure.

the trick is convincing yourself that its a get to, and not a have to.

even if it is.

we had spent the warm sunday afternoon on hollywood blvd., namely a pizza joint named two guys from sicilly. it was an old fashioned parlour where the oven and register were right by the front door, and as you walked past that were a dozen little tables, a juke box, and a back area with booths and video games.

we went back there cuz it was dark and the paparazzi wouldnt be so bold. also, i like the dark.

ordered a large everything with peperoni and sausage on one side, and cokes. two punk rockers shot away at area 51 and i sat across the table from her for about two seconds and i said want me to sit over there with you and she nodded her head.

and stared in her eyes and said why are you here. dont you know the evil thats inside of me, the darkness, the filth, the wickedness, the slut. later we would go into sephora at hollywood and highland and see a woman wearing a black im blogging this tshirt but she lies. and my girlfriend said i like you, youre funny.

and i wispered what i wanted to do with her there in that dark back room and she laughed out loud startling the kids shooting at aliens and she said youre violent and i asked am i?

walked over to the jukebox and put on pink floyd breath, doors break on thru, vh and the cradle will rock, marley two little birds, zeppelin immigrant song, elvis costello watching the detectives, and acdc hells bells. how is it that i can remember that but i still havent memorized her phone number.

stolled down the dirty blvd and i showed her the rock shirts and she said how come so many shirts have that symbol on it and i said thats the devil star, that upsidedown thing. she said why. i said theyre just kidding. she looked at me like she didnt believe me.

i asked to see the iron maiden shirts. the man said what size are you, i told him and he showed me one shirt, then another. i was unsure. i said aloud that every man should have a maiden shirt in his wardrobe and i almost walked out with a short sleeved the trooper but caught my eye on a long sleeve killers thats big on me but sometimes you wanna look sloppy and stoned.

we have no business being together i thought at thrifty in los feliz as we walked around the store licking icecream cones and laughing; holding hands and taking our time through the aisles