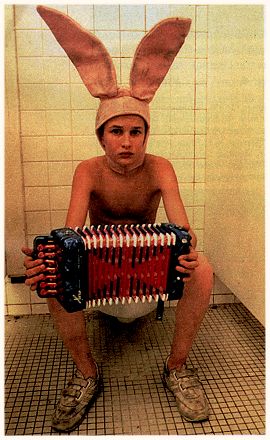 Numbers to anyone else, but a life’s work for Irving Zeiger, who has had the best seats in the house for as long as there has been a house.

Zeiger mailed his initial deposit for Dodger season tickets while the team was still in Brooklyn, reportedly the first check Walter O’Malley received.

When O’Malley built Dodger Stadium, he rewarded Zeiger by renting him the cornerstone.

His seats were in the first row directly above the Dodger dugout. He was so close he could smell the resin and spot the tobacco stains. He wore a glove not for souvenirs, but protection.

For 43 years he has sat there, placing his diet soda on the dugout roof and autograph-seeking kids at his feet and embracing this town’s last bit of unchanging real estate.

“It may sound funny, but to enjoy these seats with my family, to share them with others, I really had an emotional feeling about them,” said Zeiger, 86.

Then, this winter, he received a phone call.

It was a strange woman from this strange new organization known as, well, the Dodgers.

The voice was cheery. The news sounded good.

The Dodgers had moved the dugout closer to the field and installed four new rows of seats behind it. But Zeiger need not worry, he could retain his four stadium-best seats directly above the new dugout.

You read that right.

Irv Zeiger has cheered for Koufax, screamed for Gibson, pumped his fist for Piazza.

But no Dodger has ever blown him away like that woman on the phone.

Zeiger was scheduled to pay $20,000 for his four seats, so the new figure constituted a 500% increase.

To move up four rows.

To watch a team that has won one playoff game in 16 years.

To support an owner who spent the winter breaking up a division champion while slashing the payroll.

all the time, why dont they keep their filthy paws off the ten commandments statues in the courthouse which noone pays any attention to

and instead focus on the easter bunny, eggs, candies, fake grass, bonnets and peeps

all of whom are blatantly offensive to this country’s national religion, one where Easter is supposed to be the highest of holy days, the celebration of the final miracle, and the ultimate proof that Jesus was God, the Resurrection.

and as Christian Conservatives, you sit on your hands as they allow a upright bunny with a bowtie pass out jelly beans and hard boiled chicken eggs?

lets go to isreal and see how theyd treat us if we started decorating our house posts with the Hannakuh Hippo who shits out brightly colored watermellons for all the children to induldge in. dont forget to save the seeds!

many people said that the last election slid in favor of bush because we had turned into a moral and Christian nation but that was obviously a load of crap, and with every jelly bean sold at wal*mart it becomes more and more apparent that religion is merely a convenient blind to hide behind when one wants to be homophobic, or controlling, or ignorant

allowing candies to replace scripture on the holiests of days and literally feeding it to our children, the same children who we allegedly do all the things we do to protect.

i cant have titties on tv because of the children.

i cant hear people speak like adults on the radio because of the children.

marijuana is not legal because of the children.

people cant walk around wearing nothing except for what the Lord gave them because of the children.

records are labeled with a sticker claiming explicit language so that parents wont accidentally buy the wrong thing for their children. 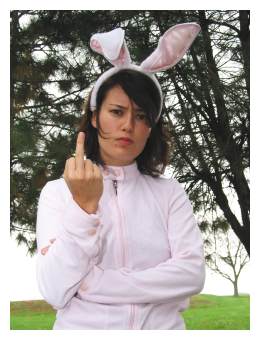 and yet one of the few holidays where you actually give something to your children you give them high fructose corn syrup in the shape of a chicken?

germanic heathens gave their children eggs and danced around in the spring time, since when are you interested in having your messiah play second-fiddle in your child’s eyes to the cartoonish and spiritless ignorances of second century fools?

and you call yourselves moral.

a womans breast on television is nothing compared to the easter bunny on the holiest day for even a child knows the purpose of breasts, what, red state Christians, is the easter bunny’s purpose on this holy day.

i call you out for being the worst sort of hypocrite so called conservative christians. one who uses the holy bible to push your personal politics of control, hatred, fear, and intolerance. for throughout the few holy holidays that you celebrate, at every turn you allow the bastardization of your so-called faith to seep into the collective conciousness of your most prized possessions. you dont have a problem protesting the end of a brain dead life or an abortion, but when someone wants to replace religion with wrapping paper and pastels you roll right over and stick your ass up and beg for it.

and some of you may say oh but its so hard to take the story of good friday and easter and make it fun for kids and to you i say you havent even tried.

children are precisely the ones who believe your bullshit about santa claus huffing it down every chimney in the world with gifts, a filthy lie full of far more fantasies than the concept of john 3:16 or the resurrection

running around squawking about the sanctity of life and then blindly ignoring the magic of life after death?

and dare i say that the creativity involved in attempting to grasp God’s Love, or rebirth, or the nature of sin are where one should want children’s minds to be pushed

and instead you feed them sticky sweet lies which promise nothing but cavities.