today on the busblog – The Lying Hat

was checking out last night’s conan on comedy central while eating my chinese leftovers at my desk for lunch when my boss’s boss, this super dooper hot black woman who looks like a young whitney crossed with a younger vanessa williams, tapped me on the shoulder.

sonny, come with me. she ordered.

trailed her as she made her way to the elevators. everyone knows her. looked like everyone had some business with her.

“we never got that approval from IT,” someone shouted at her.

“the houston guy says that he doesnt want to do it for under a thousand,” some complete babe smiled at her.

“tell him it’s three hundred or we’ll get it from mexico.”

i loved this woman. and she did it in heels!

we got on the elevator, she put her key in, turned it and pressed a button that ive never pressed before. B2. second basement. property room. otherwise known as the evidence room. at the xbi we dont really have “evidence,” we dont really go to court as xbi agents. we just have stuff that we’ve collected over the years that we use to get either more stuff or people or use as bribes or blackmail, extortion, etc.

ding. door opened. she smiled at the two guys who opened the door for her. that led down a little hall with a thick door and a tiny window. we could hear a phone ring in there. then the door opened. two more guys opened the door and had us each sign a sheet that hadnt been signed in two days. names id never seen before. when i handed back the pen, i was given a pair of rubber gloves and i snickered.

“one joke, sonny, and these two gentlemen will hold you as i pummel you,” she said. thats when they snickered.

i thought to myself, “you dont have to have them hold me down, baby.”

“i heard that,” she said. and tapped her esp earpiece.

creeped out, i started humming “hot in herrre.” by nelly, bitch.

stepped into one of the many evidence rooms. was instructed not to touch anything, a beanie with a propellor on the top cuaght my eye and i put it on as i followed her down the aisle.

she turned around and i prentended everything was fine.

“take that off immediately, agent.” she said.

“thats a Lying Hat.” she warned.

“then it’s worthless cuz ive never told a lie in my life.” i said.

and the propellor started to spin and a tiny toy monkey appeared from within the propellor’s center, did a little jig, and just as quickly, retreated back into the cap.

“im here to ask you your advice on this new item,” she said. i kept the cap on. i wanted her to love me.

“yes.” she said. “it works for two minutes and wears off.”

“i dont think theres any use for that.” i said.

my propellor spun and the monkey appeared and began breakdancing, finished with a headspin and sunk back into the cap.

“you’re going to wear out the batteries.” she said. 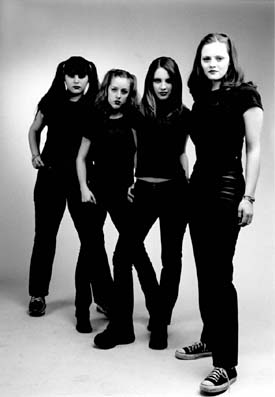 i would just shoot everyone.

id be in business with the saloon and the whore house on top of it. id sit in the front row of church and sometimes speak.

id have quick draw duels in the streets at high noon.

and id have different laws for black people than for white people.

id probably be a danger to my town and at the same time totally loved by my base.

after i died theyred probably be heroic folk songs about me, but when people who were still alive to remember me reminisced theyd say but you know, in real life he was sorta a pain in the ass to be around.

i have so many faults that i get them stoned so that theyre less effective.

i have shut off so much of what could hurt me that there i was at the hbo party last night and all i could think of is, how come theres no shrimp?

and dj am was, eh at best. sorta disappointing.

but there are still ways at me.

theres still ways to get me to feel emotion.

worst of all things.

one is to poison me. which is what the xbi did a long time ago and what carls jr tried to do last night when i drove home, and my landlord with whatevers in my water.

one is to lie to me in the comments of the holiest of all, the busblog.

and one is to cancel on me for something super cool. namely sushi.

i have so many faults that some of them have middle names.

as if thats an accomplishment

the xbi explained that emotions will get you killed. it will fuel you in inappropriate ways, and fuck up your prime directive, which is to save the world. its very difficult to save the world if youre pissed off cuz someone called you a name in your comments.

you are not who you think you are

bones built in you. flesh filled.
blood brims the curse.

and if i was sheriff and some smartass said that to me
id shoot that motherfucker right in the damn mouth.

because the mtv vmas are such a big deal to me, i totally didnt even pay that much attention to the emmy after party invite that i got.

first i had received an email from my old employer Philips. they wanted me to go to their after party and i was all awwww philips, the first big job i got out of college, fine i will go.

and then i got the details and i saw that Directv was joining in on the party and DJ AM was gonna be spinning the steel wheels.

so i got a lovely contributer of LAist to join me and i got sorta dressed up but i took it down a notch. and then i saw on the invite that it was “formal” attire so i took off my leather one stars and put on my Black leather one stars, got in the car and picked her up.

tonight i would be rolling with Sarah A., a beatiful girl who i believe is half persian and half latin. excellent combo and because she works in the PR industry or marketing or something, she was sorta used to the spectacle that we were about to get involved in.

turns out we were invited the the HBO after-party, and HBO, as you know wins a lot of emmys thanks to the Sopranos and all the other killer shit thats on that station.

the place was super organized, there was food everywhere, and free booze flowing in every nook and cranny.

in the middle of it all was this dome structure and the only way you could get in the dome was thru this crazy revolving door. inside the dome was the DJ and more food and more drink./

eventually miss paris hilton was dancing in there and with her went the flashbulbs and girls who wanted their pic taken with her.

but all around were people in oscar gowns and tuxes and a few people carrying around these huuuuge awards.

it was the classiest event ive ever been to outside of a wedding, and it was at the same time refreshingly laid back. people werent doing business as much as they were celebrating and enjoying the night.

tony kanal from no doubt was there looking handsome but bored. the bald dude from sex and the city the guy who left his tea bags around all the time, he was there getting love from the ladies. scary spice was there with her handsome dude.

and my two bros, max and jason, from Current TV were there, high off the fact that Current won an Emmy and Al Gore got to accept it.

rarely do i go out into the night and dress up. and here it is two weekends in a row, but it will be the last for a while. its fun but fun because its rare.

i also saw andy dick, frankie munoz, and the main lady from weeds. they all say hi.