yesterday as he ratted out barry bonds while admitting to taking steroids.

its bad to sell out. its really bad to stick a needle in your arm even though youre one of the best power hitters in the game. and it’s pretty much unforgiveable to sign a $100+ mil contract with the yankees.

but outting a fellow baseball player is completely unforgiveable.

the correct answer is no answer.

and i have no love for barry bonds. please dont get me wrong. but there are certain codes among men.

not to mention union men.

The Giambis were among more than two dozen elite athletes summoned to San Francisco last year to testify in the federal investigation centered on the Bay Area Laboratory Co-Operative, a Burlingame nutritional business suspected of distributing “designer” steroids to elite athletes. In February, the grand jury indicted Anderson, BALCO founder Victor Conte and two other men on charges of conspiracy to distribute steroids and money laundering. They have pleaded not guilty.

Jeremy Giambi, a former A’s outfielder who spent 2004 with the minor league Las Vegas 51s, also told the BALCO grand jury that he had injected banned drugs received from Anderson, according to a transcript of his testimony. 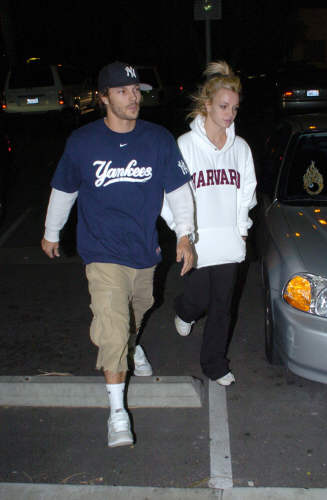 Both Giambis testified that they had already used steroids before they met Anderson or heard of BALCO, and they said they were drawn to the trainer because of Bonds’ success.

Bonds has denied using steroids and other performance-enhancing drugs.

Jason Giambi hit 94 home runs in three seasons with the Yankees. But he played in fewer than half the team’s games this year, reportedly ill with an intestinal parasite and a benign tumor on his pituitary gland. His ties to BALCO fueled speculation that his illness was related to steroid use, but he told reporters in August that there was no connection.

In front of the grand jury, the Giambi brothers were instructed that they had been granted immunity from prosecution if they told the truth but faced perjury charges if they lied.

In his testimony, Jason Giambi told the grand jury he had used the injectable steroid Deca Durabolin “two years ago” — that is, in 2001, his last year with Oakland — after obtaining the drug from a source at a Gold’s Gym in Las Vegas.

Giambi said he had met Anderson in November 2002, when Bonds brought the trainer to join a group of big-leaguers on a barnstorming tour of Japan.

Giambi said he had queried Anderson about Bonds’ workout and health regimens.

“So I started to ask him: ‘Hey, what are the things you’re doing with Barry? He’s an incredible player. I want to still be able to work out at that age and keep playing,’ ” Giambi testified. “And that’s how the conversation first started.”

the dominoes are falling and theyre not going to stop until they bring down everyone with them and yesterday the first one fell and immediately he reached out to bring down the biggest one.

when i start populating, the first thing i will tell my offspring if they show any interest in our national pasttime is, dont ever sign with the yankees.

and if im allowed to say something more to them i will advise them to never rat out their fellow ballplayers.

and if they ask me why, i will simply say

you dont want to be a dirty giambi do ya?

and they will shudder